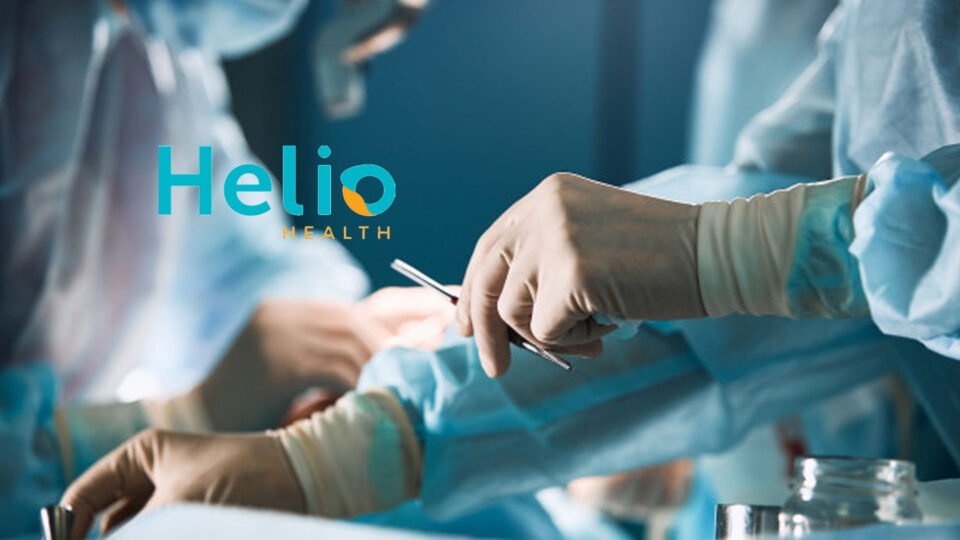 In China alone, more than 400,000 liver cancer diagnoses per year and nearly 100 million people living with hepatitis B virus

The registration submission is based on data from Helio’s VICTORY clinical trial, a multi-center, blinded case-control study to evaluate the sensitivity, specificity and performance of the Helio Liver Test compared with current standard of care testing. The study evaluated 1,093 individuals in China with HCC and benign liver diseases as well as healthy controls. Helio plans to submit data from the study to a peer-reviewed journal for publication later this year.

Liver cancer is the fastest growing and second deadliest cancer worldwide. In China alone, there are more than 400,000 liver cancer diagnoses each year and nearly 100 million people in China are living with hepatitis B virus (HBV), which can cause chronic infection and significantly increased risk of death from liver cancer.[1],[2],[3] In the U.S., more than 42,000 are diagnosed annually with liver cancer and approximately 100 million have nonalcoholic fatty liver disease (NAFLD), another significant risk factor for liver cancer and a major driver of liver cancer in the U.S.[4],[5],[6] Early detection of liver cancer is critical to successful outcomes with a survival rate that is 12 times higher if caught in early versus late stages, yet ultrasound – the current standard of care for early-stage HCC detection – identifies only 31-48% of stage I-II cancers (i.e., sensitivity).[7],[8],[9] Furthermore, due the inconveniences of accessing testing via ultrasound, only 30-40% of high-risk individuals follow the recommended guidelines of screening every six months.[10]

“The rising incidence of liver cancer in China and around the world, combined with the limited and outdated testing options currently available to patients and healthcare providers, underscore an urgent need for new tests that can be rapidly deployed to detect cancer earlier when the chances of beating it are highest, especially among high-risk populations,” said Kenneth Chahine, Ph.D., J.D., Chief Executive Officer of Helio Health. “We look forward to working with the Chinese regulatory authorities to advance registration of the Helio Liver Test in China and we plan to share the encouraging details of the VICTORY trial at a later date.”

In November 2020, Helio presented data from a U.S. study at the Annual Meeting of the American Association for the Study of Liver Diseases (AASLD), which suggest that the Helio Liver Test provides greater sensitivity and specificity for the detection of early-stage HCC and disease surveillance in a high-risk population compared to current screening modalities. The Helio Liver Test was validated in an independent cohort of 631 subjects, including patients with HCC (n=291) and age-matched healthy controls (n=340), compared to serum alpha-fetoprotein (AFP) alone, a well-known marker for liver cancer. Results showed that the Helio Liver Test produced 88.7% (95% CI: 87.3-90.0%) sensitivity in early-stage (stages 1 and 2) HCC, while sensitivity for AFP alone was 57.5% (95% CI: 52.6-61.8%). Ultrasound, the current standard of care for early-stage HCC detection, has approximately 47% (95% CI: 33-61%) sensitivity.

While liver cancer is the Company’s first planned indication for its AI-driven cancer detection technology platform, Helio is rapidly building on its robust research and development program and continuing to progress a pipeline of cancer testing and screening products, including tests for colon, breast, lung and multi-cancer indications.