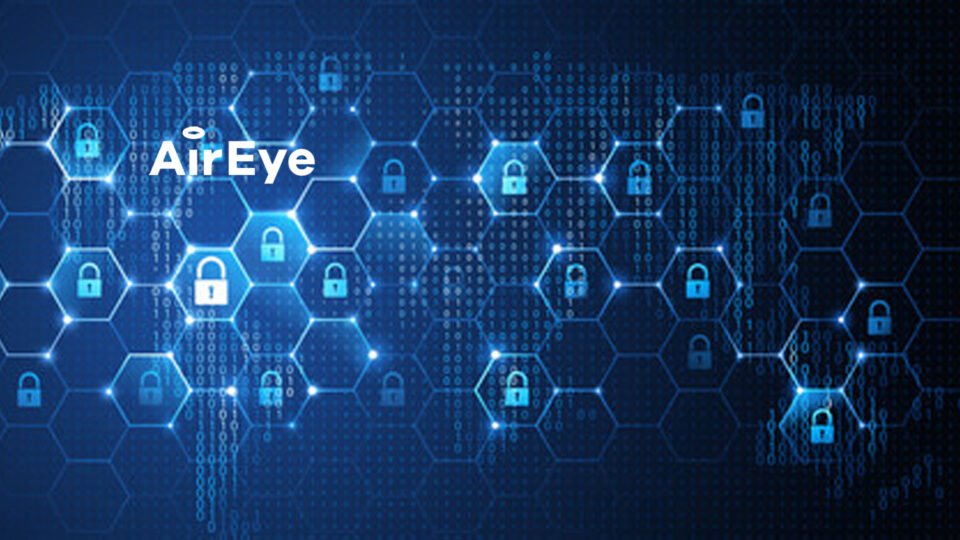 AirEye is the first solution to block attacks against corporations launched from Antenna for HireTM devices in the network airspace.

AirEye, the Network Airspace Protection (NAP) leader, announced today that it raised $8 million in a Series A funding round led by U.S. Venture Partners (USVP). Steve Krausz, General Partner at USVP, joined the company’s Board of Directors. Canaan Partners also participated in the round.

“AirEye addresses the largest unprotected and hence vulnerable network environment – the digital corporate airspace,” said Shlomo Touboul, CEO and co-founder of AirEye. “The company has been doing extensive research into the vulnerabilities and attacks and has coined the term of Antenna for HireTM to describe devices that attackers can remotely take over to compromise the corporate network. The vulnerable wireless devices operate as Antenna for HireTM outside the network which therefore cannot be adequately protected by today’s IoT security solutions. Attackers exploit the Antenna for HireTM to gain unauthorized corporate network access, hijack a corporate device or cause data leakage.” Recent AirEye research discovered that on average 40,000 potential Antennas for HireTM are in proximity of a typical organization.

A 2019 survey revealed that 72% of business data breaches came via unsecured wireless devices. Modern malware such as Emotet already incorporates wireless capabilities to propagate across disparate networks. These digital airborne attacks bypass all network security solutions such as network firewalls, NAC or DLP solutions. The rise of such attacks is a consequence of the prevalence of wireless devices in the corporate airspace perimeter.

“Undoubtedly, the world is increasingly adopting wireless devices. Solving the rapidly growing airspace attack vulnerability is an extremely complex problem. It requires both cybersecurity and RF transmission expertise. These technical disciplines are rarely found in a single team. At AirEye, co-founders with decades of cybersecurity expertise joined forces with experienced wireless experts to build a unique company for one of today’s rapidly growing security threat. USVP is excited to join the AirEye team as it pioneers the first comprehensive solution for Network Airspace Protection,” said Steve Krausz, Partner at USVP.

The company already has installations amongst enterprise customers in Israel, Europe, and Japan. “As one of the largest medical facilities in the Middle East, the corporate network airspace is a big concern for us,” said Zafrir Argov, CIO at Hadassah University Medical Center. “We have thousands of corporate and medical devices that operate wirelessly. On top of that, we have hundreds of thousands of visitors roaming our campuses. Ensuring that our devices do not mistakenly connect to open public networks or malicious wireless networks is a must. AirEye enables us to enforce our security wireless policy. The platform provides us the necessary security and compliance-mandated visibility. Furthermore, I feel safe knowing that the platform detects and prevents airborne network attacks in real-time. The implementation of the first stage,” Zafrir added, “was an easy and quick process – we didn’t even require any additional IT or cybersecurity resources. This was critical, especially in times like the COVID-19 pandemic.”

Drawing the analogy to the eve of WWI, the Allies had not imagined the sky above them as a theater of war. Yet ever since then, the skies have dominated the modern battlefield. The same is true for cybersecurity with the explosion of uncontrolled wireless devices inside the airspace perimeter opening a new target-rich environment for attackers. Similarly, before AirEye, the corporate security teams were unprepared to repel attackers from the sky. “AirEye is the first and only comprehensive solution to this novel attack vector. Companies must prepare for the unknown and unexpected and that now includes digital airborne attacks. Security teams often get defeated when they suffer from a failure of imagination,” remarked Jacques Benkoski, Partner at USVP.

With this investment, AirEye will increase its headcount across its R&D center, based in Tel-Aviv, launch its US operations and develop new marketing and sales initiatives to accelerate global growth.