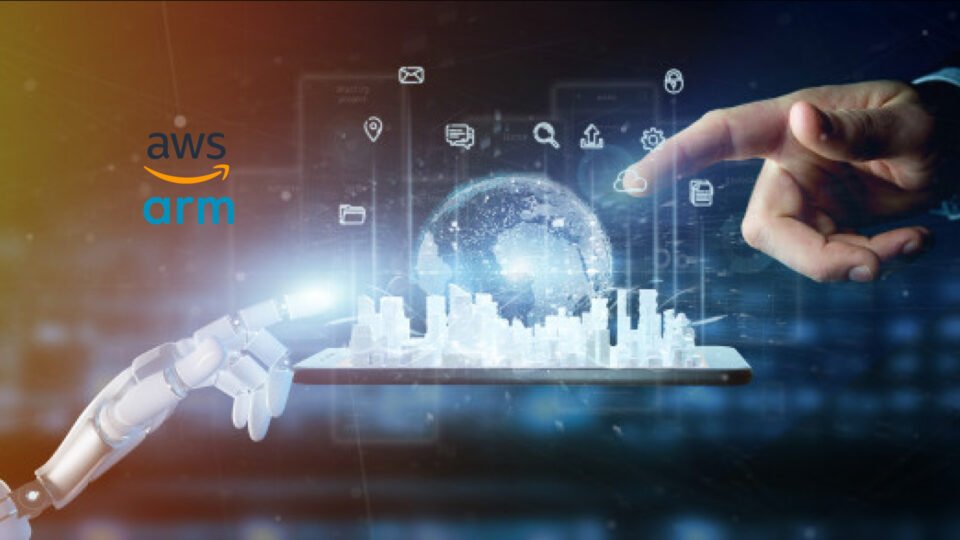 By migrating semiconductor design and verification to AWS running on Graviton2-based instances, Arm is reducing cost and scheduling risks for new projects, increasing throughput by up to 10x, and freeing engineers to focus on innovation

Today, Amazon Web Services, Inc. (AWS), an Amazon.com, Inc. company (NASDAQ: AMZN), announced that Arm, a global leader in semiconductor design and silicon intellectual property development and licensing, will leverage AWS for its cloud use, including the vast majority of its electronic design automation (EDA) workloads. Arm is migrating EDA workloads to AWS, leveraging AWS Graviton2-based instances (powered by Arm Neoverse cores), and leading the way for transformation of the semiconductor industry, which has traditionally used on-premises data centers for the computationally intensive work of verifying semiconductor designs. To carry out verification more efficiently, Arm uses the cloud to run simulations of real-world compute scenarios, taking advantage of AWS’s virtually unlimited storage and high-performance computing infrastructure to scale the number of simulations it can run in parallel. Since beginning its AWS cloud migration, Arm has realized a 6x improvement in performance time for EDA workflows on AWS. In addition, by running telemetry (the collection and integration of data from remote sources) and analysis on AWS, Arm is generating more powerful engineering, business, and operational insights that help increase workflow efficiency and optimize costs and resources across the company. Arm ultimately plans to reduce its global datacenter footprint by at least 45% and its on-premises compute by 80% as it completes its migration to AWS.

Highly specialized semiconductor devices power the growing capabilities of everything from smartphones, to data center infrastructure, to medical equipment, to self-driving vehicles. Each chip can contain billions of transistors engineered down to the single-digit nanometer level (roughly 100,000x smaller than the width of a human hair) to drive maximum performance in minimal space. EDA is one of the key technologies that make such extreme engineering feasible. EDA workflows are complex and include front-end design, simulation, and verification, as well as increasingly large back-end workloads that include timing and power analysis, design rule checks, and other applications to prepare the chip for production. These highly iterative workflows traditionally take many months or even years to produce a new device, such as a system-on-a-chip, and involve massive compute power. Semiconductor companies that run these workloads on-premises must constantly balance costs, schedules, and data center resources to advance multiple projects at the same time. As a result, they can face shortages of compute power that slow progress or bear the expense of maintaining idle compute capacity.

On top of the cost benefits, Arm leverages the high-performance of AWS Graviton2 instances to increase throughput for its engineering workloads, consistently improving throughput per dollar by over 40% compared to previous generation x86 processor-based M5 instances. In addition, Arm uses services from AWS partner Databricks to develop and run machine learning applications in the cloud. Through the Databricks platform running on Amazon EC2, Arm can process data from every step in its engineering workflows to generate actionable insights for the company’s hardware and software groups and achieve measurable improvement in engineering efficiency.

“Through our collaboration with AWS, we’ve focused on improving efficiencies and maximizing throughput to give precious time back to our engineers to focus on innovation,” said Rene Haas, President, IPG, Arm. “Now that we can run on Amazon EC2 using AWS Graviton2 instances with Arm Neoverse-based processors, we’re optimizing engineering workflows, reducing costs, and accelerating project timelines to deliver powerful results to our customers more quickly and cost effectively than ever before.”

“AWS provides truly elastic high performance computing, unmatched network performance, and scalable storage that is required for the next generation of EDA workloads, and this is why we are so excited to collaborate with Arm to power their demanding EDA workloads running our high-performance Arm-based Graviton2 processors,” said Peter DeSantis, Senior Vice President of Global Infrastructure and Customer Support, AWS. “Graviton2 processors can provide up to 40% price performance advantage over current-generation x86-based instances.”