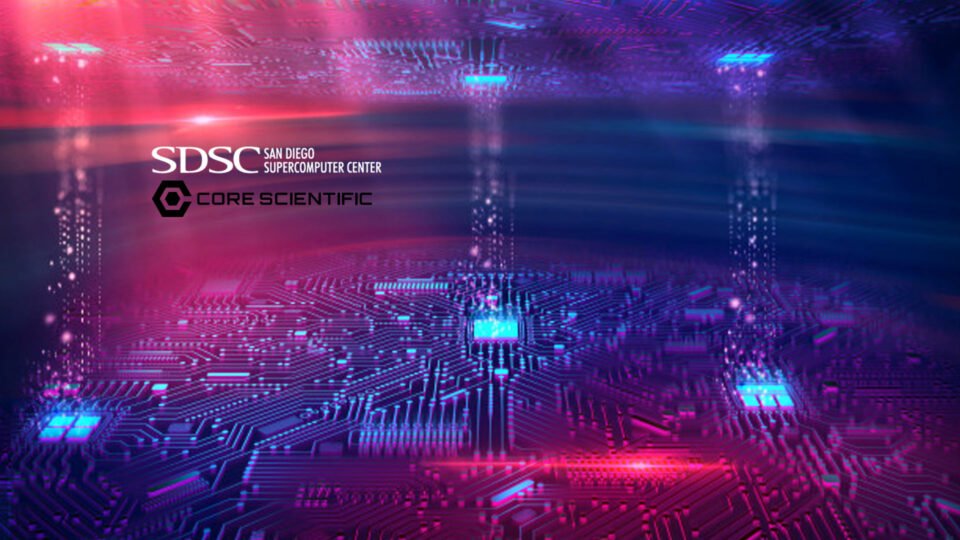 Core Scientific, a leading infrastructure and software solutions provider for artificial intelligence and blockchain that is led by CEO Kevin Turner, former COO of Microsoft, announced it has integrated its Core Scientific Plexus™ AI software stack with the Expanse petascale supercomputer recently launched by the San Diego Supercomputer Center, a leader in advanced computation and data analytics based at the University of California San Diego campus.

A key innovation of Expanse is its ability to support composable systems, which can be described as the integration of computing elements such as a combination of CPU, GPU, and other resources into scientific workflows that may include data acquisition and processing, machine learning, and traditional simulation.  While the main Expanse system is funded by the National Science Foundation, SDSC has recently installed additional capacity to support industrial workloads.

Exposing SDSC’s Expanse supercomputer platform via Core Scientific’s Plexus software stack provides customers with a consumption-based HPC model that not only solves for on-premise infrastructure, but also has the ability to run HPC workloads in supercomputer centers as well as in the any of the four major public cloud providers – all from a single pane of glass.

“We are excited to make the power of the Expanse supercomputer available to industry researchers and other customers who need state-of-the-art supercomputer capabilities,” said Ron Hawkins, SDSC director of industry relations. “Core Scientific’s Plexus software stack provides end-customers access to our infrastructure in an intuitive, cloud-like point and click experience, which is a potential game changer for supercomputer centers.”

Expanse, which entered service in December 2020, consists of nearly 800 AMD EPYC (Rome) based compute nodes with a 12 petabyte parallel file system and Mellanox InfiniBand HDR interconnect, with over 100,000 cores available to the most demanding HPC workloads.

“SDSC’s Expanse is a unique and innovative supercomputer that supports a wide range of scientific workloads,” said Core Scientific Chief Product Officer of Artificial Intelligence Ian Ferreira. “Being able to democratize this infrastructure via our Plexus software stack will enable researchers and scientists to seamlessly work between CPU and GPU bound classes of problems, all via a single, easy to use interface.”

For more such updates and perspectives around Digital Innovation, IoT, Data Infrastructure, IT, AI & Cybsercurity, go to AI-Techpark.com.