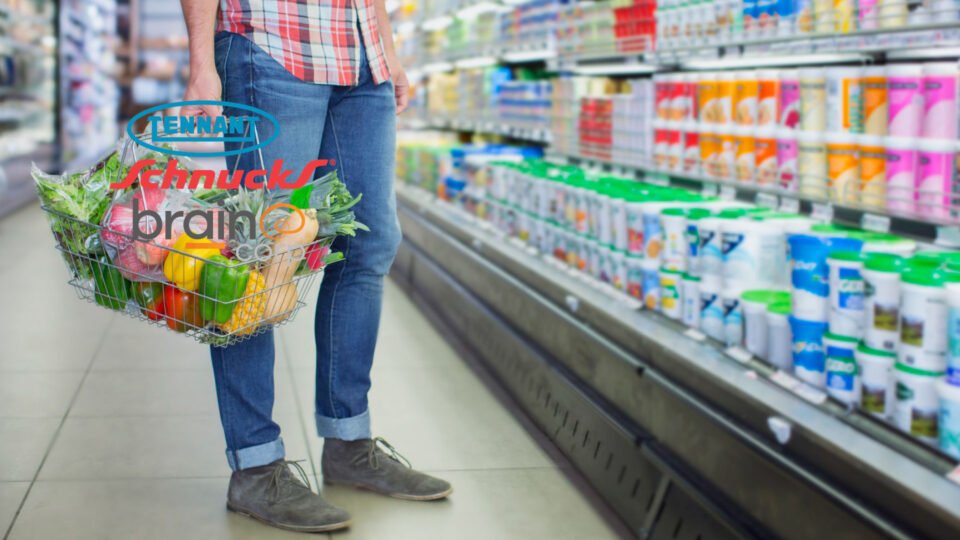 Brain Corp, a San Diego-based AI company creating transformative core technology for the robotics industry, today announced the launch of new user experience (UX) design and reporting capabilities that revolutionize the ease of which autonomous mobile robots (AMRs) can be used and managed at scale.

The software enhancements are designed to optimize usage of BrainOS®-powered robots for different types of users – from a robot operator to management personnel – on a global basis. They also include powerful new software features for BrainOS-enabled robotic scrubbers that deliver improved cleaning efficiency and flexibility for commercial locations. BrainOS is a pioneering AI software platform that is used to build, operate, and manage multiple robotic applications.

Brain Corp’s innovation in UX design and operational reporting, along with the proven performance and scale of Tennant Co. floor care equipment, were the key reasons that Schnuck Markets, Inc. recently selected new Tennant T380AMR robotic scrubbers, powered by BrainOS. Schnucks, a leading Midwest grocery chain, will have autonomous units in more than half its stores when deployments are completed by the end of the year.

“These new robotic scrubbers will enhance cleaning performance, while giving valuable time back to teammates so they can spend more time doing what is most important: serving our customers,” said Kim Anderson, Senior Director Store Operations Support at Schnucks. “Robotics and technology are important tools for helping us improve in-store experiences and achieve our customer-first values.”

The new software release includes the following features and functionality that elevate the use and adoption of robotics for businesses and their employees:

“Our goal is to make BrainOS-powered robots dead simple to use for any global audience and to help end customers better collect and leverage robotic data so they deliver better customer experiences,” said Jon Thomason, CTO of Brain Corp. “This new release extends the value of our platform and sets the bar for what users should expect from their investment in autonomous robots.”

Through its global manufacturing partners, Brain Corp currently operates more than 14,000 AMRs worldwide – the largest fleet of its kind operating in high-traffic commercial indoor locations. The company’s robotic applications include floor scrubbers, vacuums, delivery tugs, and a new shelf analytics application that is currently being piloted in major retail locations.

On Monday, October 19, Brain Corp will host a webinar with Schnucks executives entitled, “How Schnucks Uses Robotics & Innovation to Deliver Better Customer Experiences.” The webinar, which will also feature ABI Research, will be hosted by Winsight Grocery Business.

BrainOS-powered autonomous mobile robots (AMRs) are extensively supporting retailers and other businesses trying to adjust to heightened cleaning requirements in the wake of COVID-19.

This year, BrainOS-powered AMRs have freed up about 2.4 million hours of productivity for workers in retail, grocery, commercial offices, malls, and other high-traffic public locations, up from 331,000 hours during the same period last year.

Ally Fashion to Put Next-Gen AI Tech to the Test