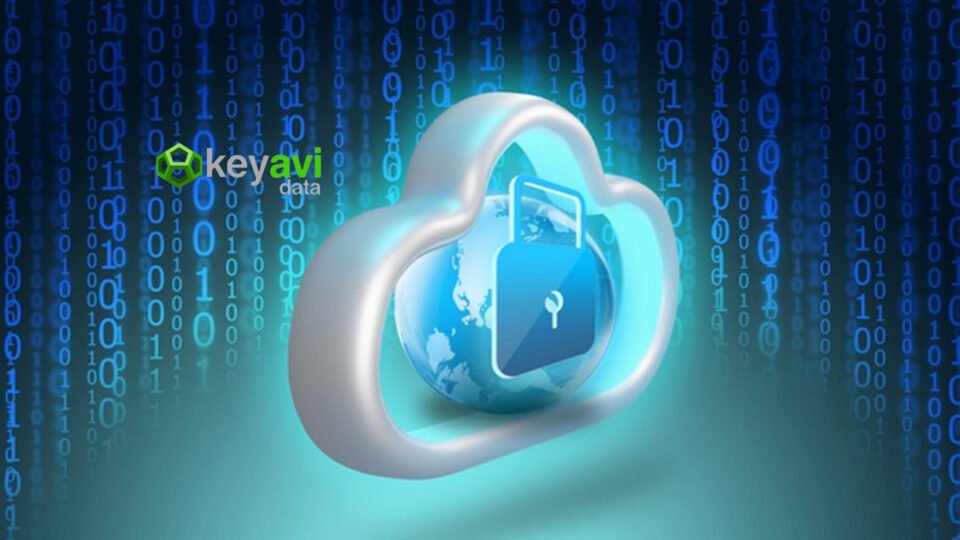 Keyavi Data Corp., a cybersecurity innovator whose breakthrough technology is transforming the very nature of the data security industry, today announced the formation of a four-person board of directors and a three-member advisory board. These leaders are all highly experienced executives at major technology, healthcare, financial services, investment management and national security firms who recognize Keyavi’s growth trajectory and prominence as a category-creating leader in self-protecting data security.

Elliot Lewis – Director, Board Chairman, Founder & CEO of Keyavi Data
Mr. Lewis is an internationally renowned cybersecurity expert with nearly 30 years of leadership protecting some of the world’s most valuable intellectual property. Before launching Keyavi in 2020, he served as chief security architect at Dell, director of security and identity at Cisco, chief information security officer (CISO) at Merrill Lynch and senior security architect at Microsoft’s Security Center of Excellence. He was also an industry advisor helping hundreds of customers solve their most challenging data security problems, including federal agencies and military defense and civilian contractors. Mr. Lewis studied computer science at Northeastern University and holds five network security patents for Microsoft and Dell.

Todd Demko – Director
Mr. Demko is the founder of Vonzos Partners, an investment group focused on growth-oriented private companies with disruptive innovations. He is a proven revenue generator, successfully growing small- to mid-market companies and expanding their revenue operations. With more than 25 years of experience, Mr. Demko has worked with a wide variety of technologies at firms ranging from small startups to major enterprises, including Samsung, HP, IBM and Qualcomm. He holds a Bachelor of Science, Electrical Engineering (B.S.E.E.) from Clarkson University.

Jim McDonnell – Director
Mr. McDonnell serves as the global security strategic advisor at Mission Support and Test Services, LLC, a firm selected by the National Nuclear Security Administration to manage and operate the Nevada National Security Site. Mr. McDonnell is a renowned expert in international security, counterterrorism, business operations and risk management, having held senior executive positions in the federal government and private sector. Previously, he was appointed by the President as the Assistant Secretary for the Department of Homeland Security’s (DHS) Countering Weapons of Mass Destruction (CWMD) Office to foil attempts by terrorists or other threat actors to attack the U.S. using a weapon of mass destruction. Following the terrorist attacks of 9/11, Mr. McDonnell became the founding director of the Department of Energy’s Office of Energy Assurance, which is responsible for protecting America’s energy infrastructure. He retired from the Navy as a commissioned officer after 20 years of service in special operations and counterterrorism. He then founded the National Security Programs business unit at Oak Ridge Associated Universities and managed a number of terrorism-related national security activities, including restructuring the technical response by the U.S. to nuclear terrorism threats. Mr. McDonnell earned a B.A. from Regents College, University of the State of New York, and a Master of Arts degree from Georgetown University.

Heather Callender-Potters – Director
Ms. Potters is the vice chairman, co-founder, chief advocate and shareholder relations officer at PharmaJet, Inc.®, a technology company whose innovative, needle-free injection devices are being used to deliver multiple vaccines worldwide, including COVID-19 vaccines. The company is also advancing more than 100 novel vaccine and therapeutic development programs globally. Ms. Potters has over 25 years of active investment experience, including private equity fund management and international investment (BCEE; Enterprise Investors) across multiple jurisdictions. She has managed individual investments and financial investor consortiums, ranging from $1 million to more than $100 million. Ms. Potters earned a B.A. in international management from Claremont McKenna College and an MBA from Wharton, the University of Pennsylvania.

John Friedman – Advisor
Mr. Friedman is the founder and managing partner of the Easton Capital Investment Group, where he oversees capital funds managing several hundred million dollars of investment funds for diversified industries. He also heads the company’s healthcare practice. Earlier, he was the founder and managing general partner of Security Pacific Capital Investors, a $200-million private equity fund focused on expansion financings and recapitalizations. Before joining Security Pacific, he was a managing director and partner at E.M. Warburg, Pincus & Co., Inc., where he spent eight and a half years. Previously, Mr. Friedman was an attorney with Sullivan and Cromwell. During his career he has invested in six transactions that generated 100x-to-1 returns (including a company he co-founded). He holds a J.D. degree from Yale Law School and a B.A. (magna cum laude and Phi Beta Kappa) from Yale College.

Jesper Johansson – Advisor
Mr. Johansson is head of technology risk at Robinhood, an online investment company on a mission to democratize finance for all through commission-free trading in stocks, ETFs and cryptocurrency. Before joining Robinhood, Mr. Johansson was chief security architect and chief information security officer (CISO) at GoDaddy, one of the world’s largest Internet domain registrars and web hosting companies. Earlier, he was VP and CISO at Yubico, where he designed and implemented a company-wide security strategy, as well as managed a security team in multiple locations across nine time zones. Previously, Mr. Johansson was a senior member of Google’s technical staff responsible for protecting all information assets used by Google, the corporate infrastructure production systems and the Google cloud platform. At Amazon, where he held increasingly senior security leadership roles for nearly a decade, including chief security architect, Mr. Johansson was responsible for the entire company’s security strategy outside Amazon Web Services. He was also a senior security strategist at Microsoft and an assistant professor at Boston University. He holds an M.S. degree in information systems and an MBA from the University of Maryland, as well as a Ph.D. in management information systems from the University of Minnesota.

Chad Skipper – Advisor
Mr. Skipper serves as global security technologist in the Network and Security Business Unit at VMware, a network and security virtualization company. He has more than 25 years of experience in many executive security technologist and strategist roles at Symantec, Cisco, Dell, Cylance, Lastline, BlackStratus Inc. and Trident Data Systems. He is an expert in the security design of endpoint, network, cloud and hosted security solutions and a leader in security prevention, management, monitoring, testing and intelligence mitigation. Mr. Skipper also co-authored “Next-Generation Anti-Malware Testing for Dummies.” He holds a B.S. in computer information systems from Park University.

Recent industry recognition of Keyavi’s vision and market leadership include: