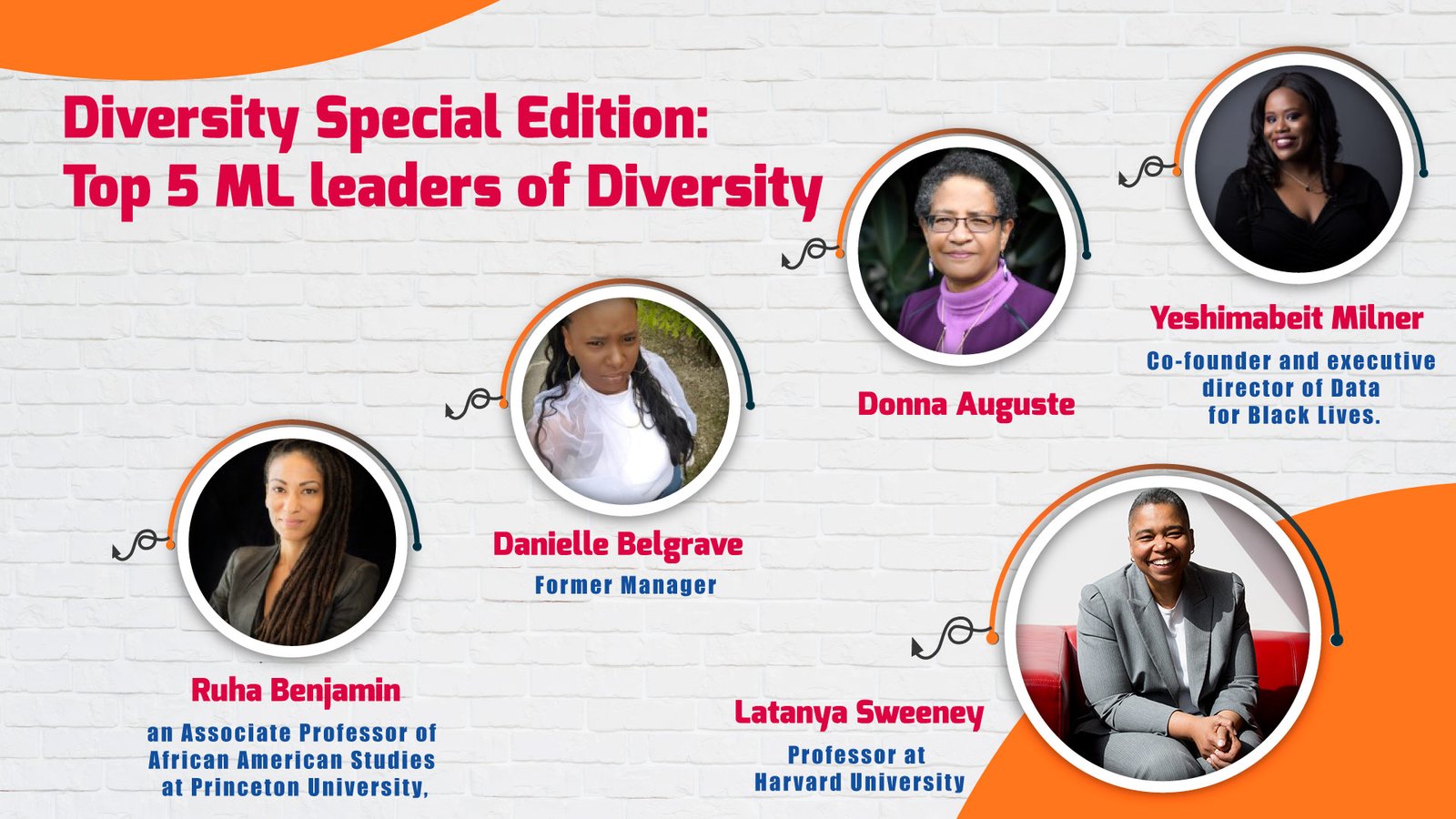 With Black History Month celebrations going on in several industries, it is important to realize the need and necessity to have black folks in the AI arena as well!

Why is it important for Black Individuals to be in AI/ML?

Why do we need black individuals to be in AI/ML jobs and roles? What is actually happening out there? To answer all these questions we need to take a look at the consequences of the omission of black people in AI and AI processes.

Typical AI processes consist of data gathering, data cleansing, model implementation, model evaluation and deployment. And if black AI/ML practitioners are not involved in any of these processes, then in some cases it can lead to inherent bias within these AI systems.

Here are a few examples of consequences that have occurred due to bias within AI systems and
negligence within AI processes.

There are many more examples like this, and it is not always a fault at the human side, the AI or Ml based technology will speak what the data has been fed to them. We also have to recognize that if we have more black individuals within the AI and ML industry – they can perhaps bring a more diverse perspective on how and where datasets are sourced.

In the light of this, the tech industry has an important responsibility towards society, and here we
are introducing you to seven top ML Leaders of Diversity – who are making an impact in the Artificial
Intelligence and Machine Learning world. From journalists and writers to product innovators and
CTOs, add these leaders and influencers to your follower list for 2021 and stay current while you
carve out your own journey into AI and ML.

Ruha Benjamin is an Associate Professor of African American Studies at Princeton University,
founding director of the IDA B. WELLS and JUST DATA Lab. She is the author of two books:
People’s Science and Race after Technology – in which she talks about how algorithm can
encore racial discrimination. She is also an editor of Captivating Technology and currently
working on her 4 th book, Viral Justice: How we grow the World We Want.

She writes, teaches and speaks widely about the relationship between innovation and
inequity, knowledge and power, race and citizenship, health and justice.

Latanya Sweeney, Ph.D., is a Professor of Government and Technology in Residence at
Harvard University, formerly the CTO at the US Federal Trade Commission (FTC) and the
founding director of the Data Privacy Lab at Harvard. Her work was first to demonstrate
discrimination in online algorithms and founded the new emerging area known as
algorithmic fairness.

Her one of the recent work is with Ji Su Yoo and Jinyan Zang – who was first to demonstrate
vulnerabilities in voter websites during the 2016 election.

Donna Auguste was the first African American woman accepted in the Ph. D. program at
Carnegie Mellon University. She started her career at Xerox and was part of the engineering
team at IntelliCorp – which introduced some of the world’s first AI/ML knowledge. In 1996,
she founded Freshwater Software, Inc. – which provides companies with tools that would
help them monitor and enhance their presence on the Internet. She sold it in 2000 for $147
million after serving as a CEO. Later on she found the ‘Leave a Little Room Foundation, LLC.’
– A philanthropic organization that helps to provide housing, electricity and vaccinations to
poor communities around the world.

Yeshimabeit Milner is the co-founder and executive director of Data for Black Lives. She was
raised in Miami, FL. She began organizing against the school-to-prison pipeline at Power U
Centre for Social Change as a high school senior – where she developed a lifelong
commitment to movement building as a vehicle for creating and sustaining a large-scale
social change. Recently, she was a campaign manager at Color of Change – where she
spearheaded multiple major national initiatives including OrganizeFor, the only online
petition platform dedicated to building the political voice of Black people.

Your Guide to Chatbots

A BEGINNER’S GUIDE TO NARROW AI