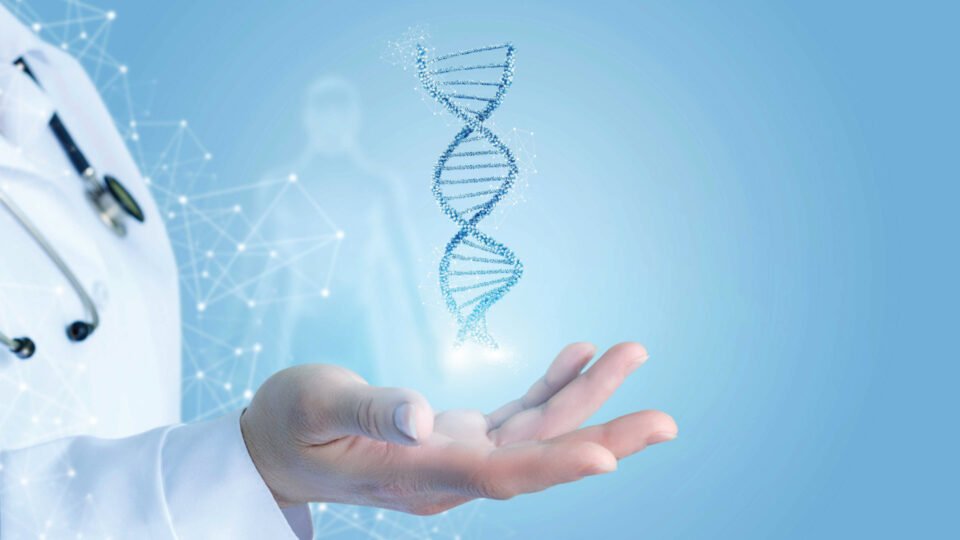 The world is witnessing a genome revolution. Technology has forever changed how we see genes. But how is AI helping us make sense of something so grand?

AI algorithms are all about imitating human intelligence. But there’s more to AI when it comes to human genomics.

The first human genome sequencing process (also known as the Human Genome Project) took 13 years (1990-20030. But thanks to AI, now you can have your genome sequenced in a week.

The HGP answered a plethora of questions for researchers, and many are still unanswered. For instance, only about 1 percent of genes are responsible for protein synthesis. We still don’t know the functions of most genes and their roles in the body, if any. And that most genes work cooperatively rather than independently. But comprehending the genome sequence is critical to spot genetic mutations or variations, ultimately diagnosing and treating illnesses.

Genomics is the discipline of studying the total gene composition of an individual and the interactions among those genes. Genomics is the DNA of an individual- made of Adenine, Thymine, Guanine, and Cytosine. These genes on 23 pairs of chromosomes govern the process of protein production, playing a crucial role in the body.

Most human diseases have some connection to genes. As personal genomics studies began, researchers found the crucial role genetic variations play in an individual’s predisposition to certain illnesses. The human genome project produced a large amount of data, and now with the help of AI, scientists and researchers are leveraging the technology to connect the dots and analyze how genes interact with one another and how these interactions and the environment impact complex diseases.

Not only are genetic variations specific to individuals, but drugs also have different effects on people. AI is helping the medical community come up with tailored solutions designed for individuals as per their genotype.

Deep Learning, a subset of AI

With deep learning processing colossal volumes of data without any human error that was, in a way, impractical for humans to perform on their own, we are making strides in the prevention and treatment of diseases, including cancer and cardiovascular ailments that affect the majority of our population. Deep learning uses neural networks that mimic the human brain and is adept at processing and analyzing large volumes of data.

The Genomic data is extremely raw and complex. Artificial Intelligence is helping medical professionals, scientists, and researchers with crucial predictions, sticking not just to a set of instructions but also learning from the genomic data in the process to enhance results. Clinical genomics professionals are now using AI to answer many questions related to genomics- such as the role of junk DNA (the non-coding parts of the genome), effects on gene mutations and variations on the human body, gene expression, and other areas of functional and clinical genomics.

How AI-based NLP is transforming the future of Marketing?