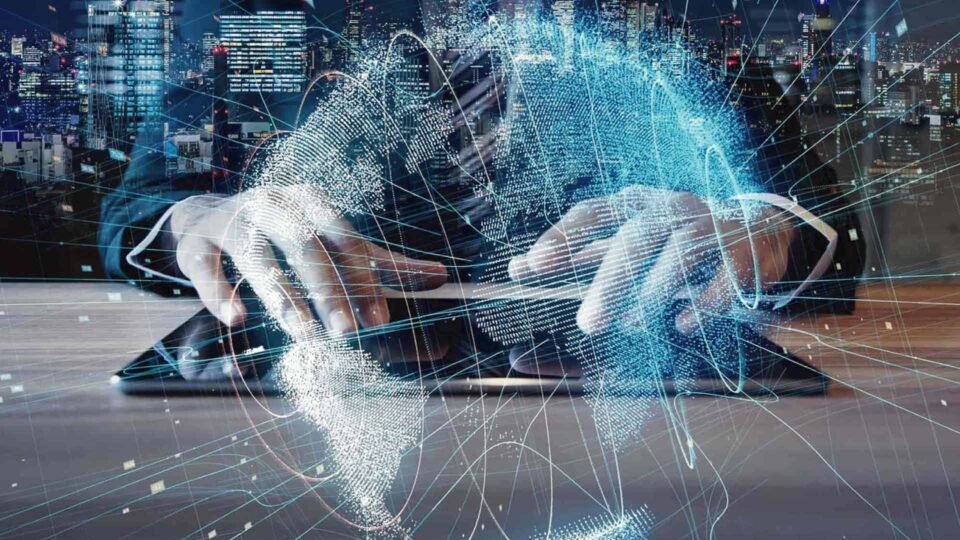 “ISG delivered another quarter of solid operating performance,” said Michael P. Connors, chairman and CEO. “Our results were driven by double-digit, constant-currency revenue growth in Europe and Asia Pacific, and in recurring revenues, which, at $26 million, represented 37 percent of firm revenues, both all-time records. Our product mix of digital advisory, research and platform services drove the expansion of our adjusted EBITDA margins to 15 percent, our highest quarterly margin ever.

“Our strength and market leadership are reflected in continuing demand for our data, insights, advice and solutions, even in the face of strong FX headwinds and inflationary pressures,” said Connors. “Our enterprise clients continue to invest in cloud and other IT and business services to drive digital transformation and customer engagement in a highly competitive global environment. Even in challenging economic times, clients seek our support to optimize costs and improve operating efficiency using technology.”

ISG reported second-quarter operating income of $7.1 million, up 22 percent from $5.8 million in the second quarter of 2021. Reported second-quarter net income was a record $5.0 million, compared with net income of $4.1 million in the prior year. Fully diluted earnings per share was a second-quarter record of $0.10, compared with $0.08 per fully diluted share in the prior year. Net income margin (calculated by dividing net income by reported revenues) increased to 7.0 percent, from 5.8 percent in the second quarter of 2021.

ISG reported first-half operating income of $14.9 million, up 37 percent from $10.9 million in the first half of 2021. The firm also reported first-half net income and fully diluted earnings per share of $9.9 million and $0.19, respectively, versus net income of $7.5 million and earnings per share of $0.15 in the prior year. Net income margin (calculated by dividing net income by reported revenues) increased to 6.9 percent, from 5.5 percent in the first half of 2021.

Other Financial and Operating Highlights

“For the third quarter, ISG is targeting revenues of between $71 million and $73 million and adjusted EBITDA of between $10 million and $11 million,” said Connors. “We will continue to monitor the macroeconomic environment, including the impact of FX, inflation and other factors, and adjust our business plans accordingly.”

The ISG Board of Directors declared a third-quarter dividend of $0.04 per share, payable on September 19, 2022, to shareholders of record on September 6, 2022.

This communication contains “forward-looking statements” which represent the current expectations and beliefs of management of ISG concerning future events and their potential effects. Statements contained herein including words such as “anticipate,” “believe,” “contemplate,” “plan,” “estimate,” “target,” “expect,” “intend,” “will,” “continue,” “should,” “may,” and other similar expressions, are “forward-looking statements” under the Private Securities Litigation Reform Act of 1995. These forward-looking statements are not guarantees of future results and are subject to certain risks and uncertainties that could cause actual results to differ materially from those anticipated. Those risks relate to inherent business, economic and competitive uncertainties and contingencies relating to the businesses of ISG and its subsidiaries including without limitation: (1) failure to secure new engagements or loss of important clients; (2) ability to hire and retain enough qualified employees to support operations; (3) ability to maintain or increase billing and utilization rates; (4) management of growth; (5) success of expansion internationally; (6) competition; (7) ability to move the product mix into higher margin businesses; (8) general political and social conditions such as war, political unrest and terrorism; (9) healthcare and benefit cost management; (10) ability to protect ISG and its subsidiaries’ intellectual property or data and the intellectual property or data of others; (11) currency fluctuations and exchange rate adjustments; (12) ability to successfully consummate or integrate strategic acquisitions; (13) outbreaks of diseases, including coronavirus, or similar public health threats or fear of such an event; and (14) engagements may be terminated, delayed or reduced in scope by clients. Certain of these and other applicable risks, cautionary statements and factors that could cause actual results to differ from ISG’s forward-looking statements are included in ISG’s filings with the U.S. Securities and Exchange Commission. ISG undertakes no obligation to update or revise any forward-looking statements to reflect subsequent events or circumstances.

ISG reports all financial information required in accordance with U.S. generally accepted accounting principles (GAAP). In this release, ISG has presented both GAAP financial results as well as non-GAAP information for the three and six months ended June 30, 2022, and June 30, 2021. ISG believes that evaluating its ongoing operating results will be enhanced if it discloses certain non-GAAP information. These non-GAAP financial measures exclude non-cash and certain other special charges that many investors believe may obscure the user’s overall understanding of ISG’s current financial performance and the Company’s prospects for the future. ISG believes that these non-GAAP measures provide useful information to investors because they improve the comparability of the financial results between periods and provide for greater transparency of key measures used to evaluate the Company’s performance.

We evaluate our results of operations on both an as reported and a constant currency basis. The constant currency presentation, which is a non-GAAP financial measure, excludes the impact of year-over-year fluctuations in foreign currency exchange rates. We believe providing constant currency information provides valuable supplemental information regarding our results of operations, thereby facilitating period-to-period comparisons of our business performance and is consistent with how management evaluates the Company’s performance. We calculate constant currency percentages by converting our current and prior-periods local currency financial results using the same point in time exchange rates and then compare the adjusted current and prior period results. This calculation may differ from similarly titled measures used by others and, accordingly, the constant currency presentation is not meant to be a substitution for recorded amounts presented in conformity with GAAP, nor should such amounts be considered in isolation.

Management believes this information facilitates comparison of underlying results over time. Non-GAAP financial measures, when presented, are reconciled to the most closely applicable GAAP measure. Non-GAAP measures are provided as additional information and should not be considered in isolation or as a substitute for results prepared in accordance with GAAP. A reconciliation of the forward-looking non-GAAP estimates contained herein to the corresponding GAAP measures is not being provided, due to the unreasonable efforts required to prepare it.

Accenture Ranked #1 in Execution and Innovation for Workday HCM