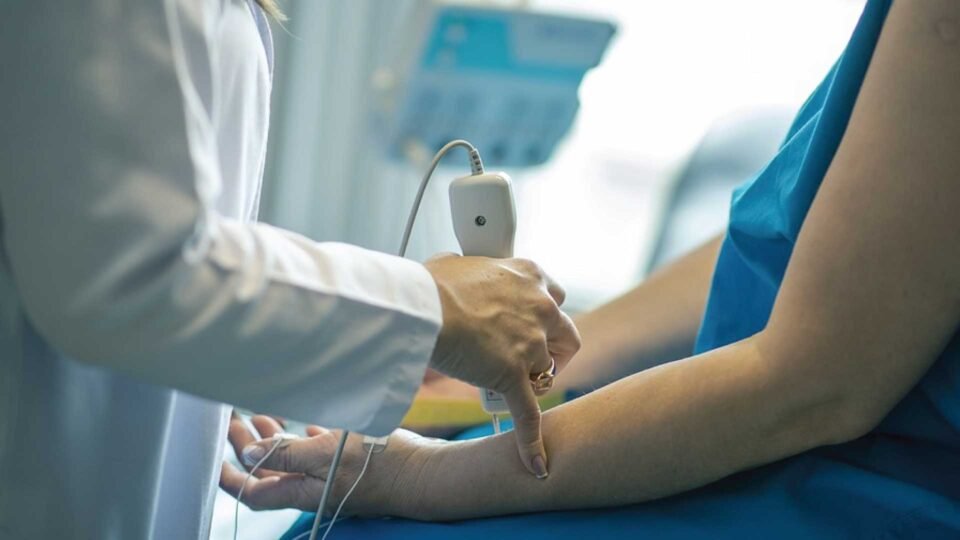 Richard DiIorio, Chief Executive Officer of InfuSystem, said, “In the third quarter, we achieved record revenue of $26.6 million, representing growth of 6% over the prior year period. More importantly, we made substantial progress in diversifying and extending our business by securing one new business relationship and being selected for an additional new business relationship, which we expect will drive significant growth in 2022 and future years. The first, involving our Pain Management business, was announced via a press release on November 2, 2021. The second, which we expect to announce in the coming weeks following negotiation and execution of a definitive agreement, relates to our expanding biomedical services business. Both of these new relationships have been in development over the course of the current year, and are expected to commence before the end of this fiscal year and are expected to begin making significant contributions to our top line in fiscal year 2022.

“As previously discussed, in anticipation of both growth in the business and expanded opportunities for its portfolio of therapies and services, beginning in the second quarter, the Company materially increased its investments to build its Pain and Wound Care sales teams. In the third quarter, we took additional steps to hire and train biomedical service technicians and to expand and prepare our facilities to accommodate the anticipated new business. The effect of these investments, which has not yet been matched by material new revenues, is seen in the lower Adjusted EBITDA gross margin, which came in at 21% for the third quarter. Operating cash flow remains strong, supporting the new business investment, and the end-of-quarter balance sheet shows approximately $43.6 million of liquidity and a debt to Adjusted EBITDA ratio of 1.30 times as of September 30, 2021.”

Mr. DiIorio continued, “We firmly believe that the strategic investments we are making now and in 2022 will allow InfuSystem to enter into a period of growth significantly higher than seen in prior years, with this driven by strong industry trends in facilitating home care and our enhanced capabilities in biomedical services, which allow us to enter the acute care market. We believe our strategic actions and investments have been validated by the new business relationships, which involve large and highly-respected companies that selected InfuSystem over other established and well-qualified competitors. We see 2021 as being a transformative year, with the investments made allowing the Company to significantly expand its operating mix, including developing our DME operations into a business having growth potential on par with our new therapies in the ITS segment.”

As discussed in the press release announcing the first new relationship, InfuSystem has been contracted to provide its Pain Management services to a top U.S. Healthcare provider with more than 12 million members. As part of the service agreement, InfuSystem will provide the customer with InfuBLOCK, its Pain Management Therapy, which includes electronic infusion pumps for continuous peripheral nerve block, a 24/7 clinical hotline, biomedical services and accompanying supplies.

In the second new relationship, a leading global medical technology and diagnostic equipment company down-selected InfuSystem to final negotiations for a pending contract, under which the company would provide biomedical services to 800 hospital systems in the United States and Canada. As part of the anticipated three year base service agreement, InfuSystem would provide the customer with biomedical services, including annual preventative maintenance and repair solutions, to the customer’s fleet of infusion pumps at the majority of its hospitals and other medical facilities under contract in North America. Service would be conducted on-site at most of the customer’s 1,200 medical facilities or off-site at one of InfuSystem’s seven service centers. When finalized, this relationship the Company expects that the new contract would provide revenue potential of approximately $14 million to $15 million annually, with $8 million to $12 million expected in the first year of service. Although InfuSystem has been selected as a provider, the parties are currently negotiating the definitive agreement and there can be no assurances that the parties will enter into a final agreement on the Company’s expected terms or expected timeline or at all.

“Looking ahead, we are reaffirming our annual full year 2021 guidance with net revenues anticipated to come in at the lower end of the range of $107.0 million to $110.0 million; Adjusted EBITDA anticipated to be in the range of $27.0 million to $28.0 million and Adjusted EBITDA margin to be 25%. Additionally, we project combined Pain Management and Wound Care revenues to be on a $15.0 million run rate during the 2021 fourth quarter. Our dedicated teams continue to successfully execute our growth initiatives providing us confidence for record revenue in 2021 and achieving significant double-digit, top-line growth in 2022 and beyond. As I have previously stated, I am extremely excited for the future of InfuSystem as we are transforming the Company for long-term success – delivering in-home healthcare services and improving patient outcomes,” concluded Mr. DiIorio.

Net revenues for the quarter ended September 30, 2021 were $26.6 million, an increase of $1.4 million, or 5.7%, compared to $25.1 million for the quarter ended September 30, 2020. The increase was due to higher service and repair revenues and higher net revenue for all three ITS Segment therapies. These increases were partially offset by decreases in DME Services rental revenues and sales of medical equipment.

ITS net revenue of $16.6 million increased $0.9 million, or 6.0%, during the third quarter of 2021 as compared to the prior year period. This increase was primarily attributable to improved third party payer collections on billings for Oncology and additional treatment volume in both Pain Management and NPWT. Pain Management net revenue for the third quarter of 2021 increased as compared to the prior year third quarter due to additional sites of care added over the last year. NPWT was launched during the first quarter of 2020 but did not start to have measurable quarterly revenues until the second half of 2020.

ITS gross profit was $10.6 million during the third quarter of 2021, representing an increase of $0.5 million compared to the prior year. The improvement reflected an increase in net revenues offset partially by a lower gross margin, which decreased from the prior year by 0.8% to 63.8%. The lower gross margin was the result of higher pump maintenance expenses and pump disposal costs as compared to the prior year. Pump maintenance expenses, which include preventative maintenance, cleaning and repair services mainly performed by the DME Services segment, were unusually low during the 2020 third quarter due to COVID-19 when we deployed a significant number of newly purchased pumps. Pump disposal expenses include retirements of damaged pumps and reserves for missing pumps.

DME Services gross profit during the third quarter of 2021 was $4.7 million, representing a decrease of $0.3 million, or 6.8%, compared to the prior year. This decrease was due to a lower gross margin offset partially by an increase in net revenues. The DME gross margin was 46.9% during the current quarter, which was 6.1% lower than the prior year. This decrease was the result of gross margin mix associated with lower rental revenues, an increase in labor costs related to an increase in biomedical technicians and an increase in freight expense. The increase in biomedical technician labor resulted from an increase in team members who were hired in order to increase the capacity in biomedical services in anticipation of increased biomedical services demand. These newly hired team members mainly spent their time training during the period but will be deployed to support higher demand and related revenue volumes in future quarters. The increase in freight expense was partially due to increased outbound shipping activities at the end of the third quarter of 2021 to deploy rental devices which will begin generating rental revenues during the 2021 fourth quarter.

Selling and marketing expenses for the third quarter of 2021 were $2.9 million, representing an increase of $0.7 million, or 32.4%, as compared to the third quarter of 2020. Selling and marketing expenses as a percentage of net revenues increased to 10.9% compared to the prior year period at 8.7%. This increase reflected $0.5 million in higher expenses for NPWT and Pain Management dedicated sales personnel hired during the 2021 second quarter and higher customer travel expenses. The additional sales team members represent a strategic investment to accelerate revenue growth for these therapies and the expense included in selling and marketing is a portion of an overall expense increase of $0.8 million for the third quarter of 2021 associated with this initiative, the remainder of which is included in general and administrative expense. These increases were partially offset by a reduction in expenses associated with a sales team reorganization completed in late 2020. The higher travel expenses occurred as travel restrictions related to COVID-19 were lifted earlier during the year. During the third quarter of 2020, when the COVID-19 related travel restrictions were at their peak, our sales team generally did not travel.

General and administrative (“G&A”) expenses for the third quarter of 2021 were $11.6 million, an increase of 34.7% from $8.6 million for the third quarter of 2020. The increase of $3.0 million was largely due to an increase in stock-based compensation expense of $1.3 million, $0.3 million in additional expenses related to the investments in NPWT and Pain Management, $0.2 million of additional G&A expenses for FilAMed and OB Healthcare, higher travel expenses and other increases including higher personnel and general business expenses. G&A expenses as a percentage of net revenues for the third quarter of 2021, increased to 43.5% compared to 34.2% for the prior year mainly reflecting the year-over-year increases partially offset by improved net revenue leverage over fixed costs.

The full year 2021 guidance reflects management’s current expectation for operational performance, given the current market conditions. The Company and its businesses are subject to certain risks, including those risk factors discussed in our most recent annual report on Form 10-K for the year ended December 31, 2020, filed on March 22, 2021. The financial guidance is subject to risks and uncertainties applicable to all forward-looking statements as described elsewhere in this press release.

Azentio Software is now a member of PIKOM

SEACOM Continues to Expand Across Africa with Acumatica...