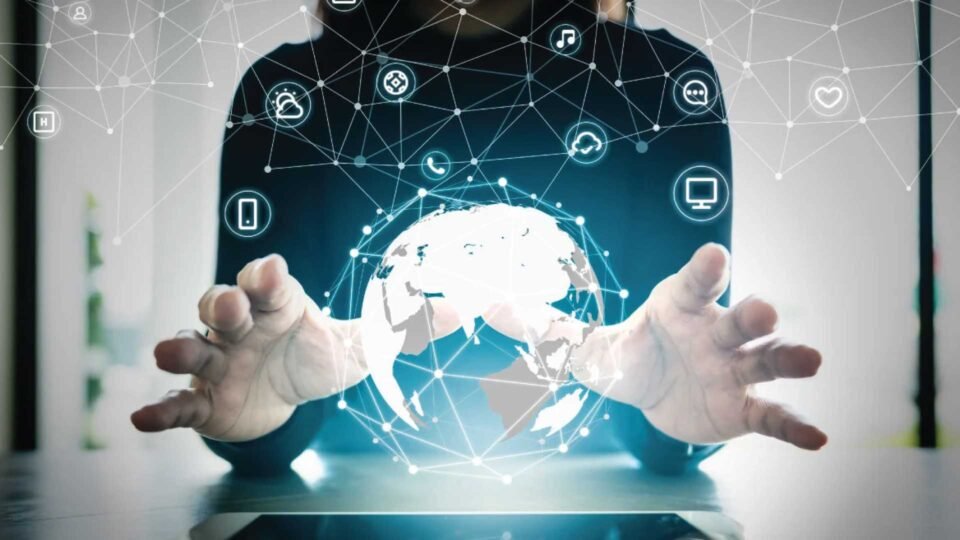 – INZONE™ brings Industry 4.0 infrastructure and services to the world’s most innovative regions, creating a virtuous cycle of investment that accelerates digital transformation and helps communities bridge the digital divide

– First INZONE in Las Vegas expected to contribute $115.8 billion in total economic impact over the next 10 years

Vapor IO, developers of the  Kinetic Grid™ intelligent infrastructure platform, has joined forces with leading Open Grid technology providers to deliver INZONE, a program for bringing critical infrastructure and applications to forward-looking cities and regions, enabling enterprises in those markets to accelerate their digital transformation. The INZONE program is designed to catalyze innovative services and create a virtuous cycle of investment in a defined geography, serving as an economic catalyst for bridging the digital divide and accelerating industry 4.0 transformation.

The city of Las Vegas, Nevada and surrounding Clark County will host the first INZONE, encompassing the Las Vegas Strip and nearby industrial areas. The Las Vegas INZONE will host applications and services designed to benefit manufacturers, retailers, hospitals, hotels, convention centers, casinos, telecom service providers and other nearby businesses, as well as to local governmental entities and schools.

“It all comes down to delivering infrastructure within microseconds of the target facilities, then enabling that infrastructure with last mile networks combined with the intelligence of software APIs and real-time telemetry,” said Cole Crawford, founder and CEO of Vapor IO. “We call this unique combinations of technologies INZONE because it enables Industry 4.0 application within a physical geography without requiring on-premises data centers.”

INZONE enables developers to successfully build and release latency-sensitive applications that are housed off-premises but behave as if they are on-premises. This is made possible by Vapor IO’s carefully chosen colocation sites and fiber routes that provide low-latency access to nearby industries.

It Takes a Village
INZONE is more than a collection of technologies; it’s an economic accelerator, delivered collaboratively by multiple vendors. By virtue of the neutral host, shared-infrastructure model of Vapor IO’s Kinetic Grid platform, customers and partners of Vapor IO can quickly deploy their technologies and services without having to build and operate the critical infrastructure. This makes it easier and faster to bring Industry 4.0 products to market while also amortizing infrastructure costs across the multitude of its users.

The following companies are providing technologies and participating in the first INZONE in Las Vegas:

Economic Impact
The first INZONE being deployed in Las Vegas, Nevada will be served initially from two sites, spanning both the city of Las Vegas as well as areas in surrounding Clark County, including the Las Vegas strip. As detailed in Tolaga Research’s Total Economic Impact of INZONE to Las Vegasand Surrounding Clark County, the INZONE program is expected to contribute $115.8 Billion in total economic impact over the next 10 years.

“Vapor IO’s INZONE program will bring infrastructure and solutions to the city of Las Vegas and surrounding Clark County that will diversify the tax base and increase the region’s competitiveness on the world stage,” said Phil Marshall, Chief Researcher, Tolaga Research.  “By supporting the deployment of INZONE and its partner ecosystem, Las Vegas businesses will have a fast path to Industry 4.0 automation and competitiveness. Industries from tourism to healthcare to manufacturing will now have the ability to use cloud economics and shared infrastructure to reduce the cost and complexity of deploying next-generation applications.”

Bridging the Digital Divide
A key aspect of the INZONE program includes building partnerships with city and county agencies as well as local NGOs to develop public-private partnerships to implement programs to help bridge the digital divide in Las Vegas. The city of Las Vegas already has an active program to deliver 5G private networking capabilities to the underserved and the INZONE program can provide a cost-effective means for expanding this program and helping the city and county attract federal infrastructure spending.

The First Commercial Implementation of an Open Grid Architecture
The Las Vegas INZONE is based upon principles advanced by the Open Grid Alliance (OGA). The OGA was launched in May 2021 to accelerate the creation of Open Grid infrastructure by providing a neutral platform in which member companies can co-create commercially viable technology integrations that extend today’s Internet to enable next-generation applications that include cloud robotics, autonomous drones, real-time video inferencing, and augmented and virtual reality applications.

Healthcare Robots Market to grow at a CAGR...

Managed Services Market to grow at a CAGR...