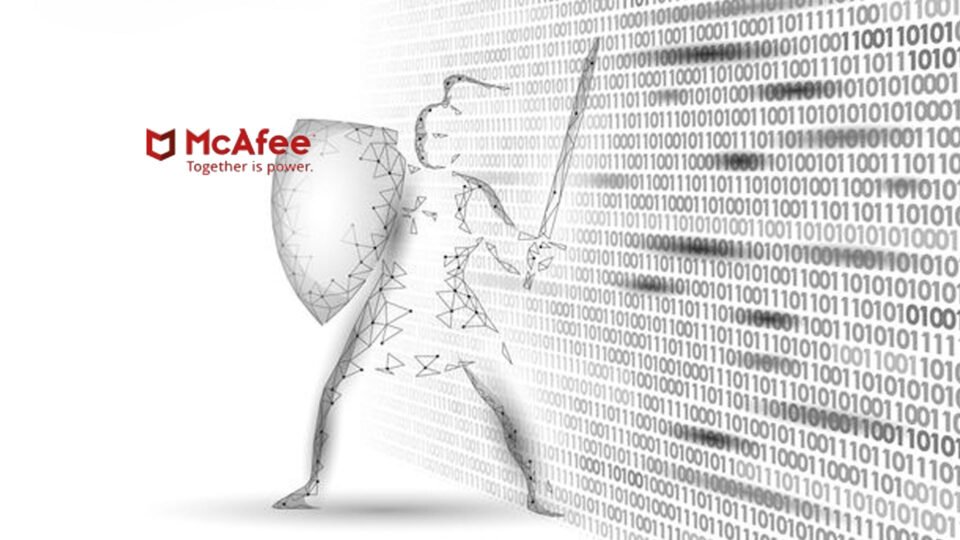 McAfee Corp. (Nasdaq: MCFE), the device-to-cloud cybersecurity company, today released its McAfee Threats Report: April 2021, examining cybercriminal activity related to malware and the evolution of cyber threats in the third and fourth quarters of 2020. In Q4, McAfee Labs observed an average of 648 threats per minute, an increase of 60 threats per minute (10%) over Q3. The two quarters also saw COVID-19-related cyber-attack detections increase by 240% in Q3 and 114% in Q4, while Powershell threats again surged 208% due to continued increases in Donoff malware activity.

“The world—and enterprises—adjusted amidst pandemic restrictions and sustained remote work challenges, while security threats continued to evolve in complexity and increase in volume,” said Raj Samani, McAfee fellow and chief scientist. “Though a large percentage of employees grew more proficient and productive in working remotely, enterprises endured more opportunistic COVID-19 related campaigns among a new cast of bad-actor schemes. Furthermore, ransomware and malware targeting vulnerabilities in work-related apps and processes were active and remain dangerous threats capable of taking over networks and data, while costing millions in assets and recovery costs.”

Each quarter, McAfee assesses the state of the cyber threat landscape based on in-depth research, investigative analysis, and threat data gathered by the McAfee Global Threat Intelligence cloud from over a billion sensors across multiple threat vectors around the world. The introduction of MVISION Insights in 2020 has made it possible for McAfee to track the prevalence of campaigns, their associated IoCs, and determine the in-field detections. This month’s report is the first to feature statistics such as the top MITRE ATT&CK techniques observed in Q4 among criminal and APT groups, while sharing observations on the SUNBURST malware that rocked the cybersecurity world at the end of 2020.

As organizations the world over adapted to unprecedented numbers of employees working from home, cybercriminals worked feverishly to launch COVID-19-themed attacks on a workforce coping with pandemic restrictions and the potential vulnerabilities of remote device and bandwidth security. As the pandemic began to surge around the world, McAfee saw a 605% increase in Q2 2020. These attacks again increased by 240% in Q3 and 114% in Q4.

Publicly Reported Incidents. McAfee tracked a 100% increase in publicly reported cyber incidents targeting the technology sector during the fourth quarter of 2020. Reported incidents in the public sector grew by 93% over the same period.

Vulnerabilities Exploited. Among the campaigns McAfee monitored and investigated, the Eternal Blue exploit was the most prominent in Q4 2020.

Logitech and Baidu Brian Partner, Use AI and Voice