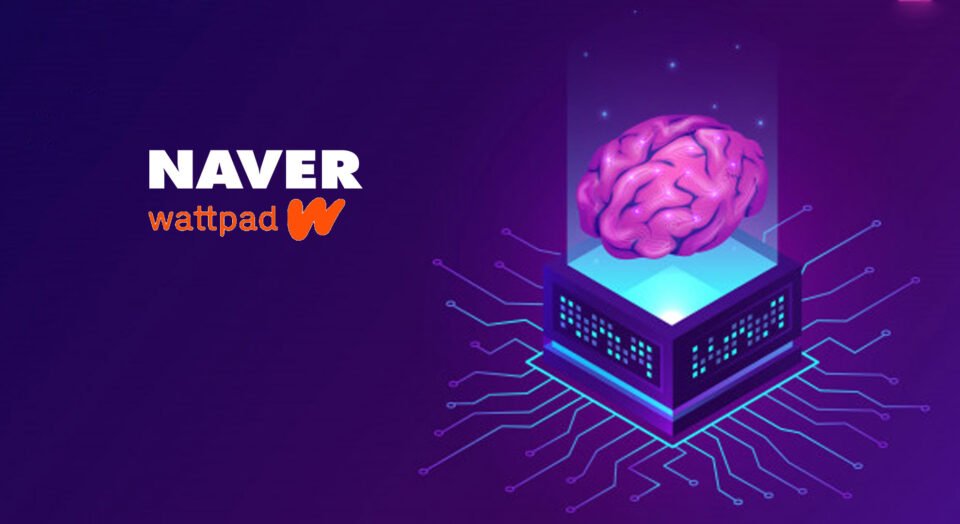 Wattpad, the world’s leading social storytelling platform, and WEBTOON, the global leader in webcomics, are now both Naver brands, with a combined global monthly audience of more than 166 million people

Naver, South Korea’s internet conglomerate, and Wattpad, the global multi-platform entertainment company for original stories and a leading social storytelling platform, today announced that Naver has completed its acquisition of Wattpad in a cash and stock transaction valued at more than an estimated USD $600 million.

The company will remain headquartered in Canada under the continued leadership of founders Allen Lau and Ivan Yuen. CEO & co-founder Allen Lau will report to WEBTOON CEO Jun Koo Kim.

As part of the Naver family of world-class brands, Wattpad will focus on its continued growth and innovations, expanding its teams and developing new initiatives to reward writers on the platform. Wattpad will grow its teams by nearly 50% in 2021, adding close to 100 new roles in engineering, marketing, content, and other parts of the company to continue to execute its vision to entertain and connect the world through stories.

The acquisition strengthens Naver’s leadership in social storytelling and entertainment, adding Wattpad’s expertise in machine learning, IP discovery, and data-backed TV and film development to Naver’s world-class roster of entertainment and content brands like WEBTOON. Wattpad’s core app will continue to operate independently, while exploring new ways to collaborate with WEBTOON and other Naver brands.

With a global community of more than 90 million people–including five million writers–who have written more than one billion uploads on the platform, Wattpad is a global leader in social storytelling and entertainment. Wattpad’s creator-first approach to nurturing and supporting reading and writing communities has helped authors around the world build a global audience and make money on the platform. The company recently celebrated a key milestone: since launching in 2019, writers in Wattpad’s Paid Stories program have earned more than a million dollars. Along with sponsored brand partnerships, and TV, film, and book adaptations, Wattpad Paid Stories are just one of a growing number of paths for Wattpad writers to earn money from their work.

Wattpad has created a new type of online writing influencer, catapulting a new generation of authors to international fame. The company’s Story DNA Machine Learning technology has revolutionized the art and science of understanding and finding great stories to adapt for TV, film, or to publish as books.

As previously announced, the acquisition will align Wattpad with Naver’s WEBTOON, and the company’s monthly average of 76 million users around the world. Together, these two leading comics, entertainment, and storytelling companies, will reach a combined global monthly audience of more than 166 million people. WEBTOON is home to some of the biggest names in webcomics, including Lore Olympus, Rachel Smythe’s Eisner Award-nominated series. WEBTOON Studios has worked with The Jim Henson Company; Crunchyroll; Vertigo Entertainment – the production company behind the IT franchise and The Lego Movie; Bound Entertainment – the global studio led by Snowpiercer and Okja producer Samuel Ha.

“Wattpad has created something truly unique: an engaged, positive global community of people who share a passion for great stories,” said Seong-Sook Han, CEO of Naver. “Through this acquisition, it is expected that the synergy between WEBTOON and Wattpad will be even greater. Gen Z around the world have fallen in love with storytelling platforms like Wattpad and WEBTOON. With a growing global user base of Gen Z readers and writers on Wattpad and WEBTOON, combined with hundreds of millions of incredible stories to fuel on-screen hits, Naver is quickly becoming an important player in the global entertainment and content market.”

“We founded Wattpad with a vision to entertain and connect the world through stories,” said Allen Lau, CEO & co-founder, Wattpad. “By joining the Naver family of companies, we’re continuing that vision, with more resources and expertise to grow our global community and help writers everywhere achieve their dreams. Alongside Naver and WEBTOON, we’re positioned for faster growth and continued innovation to support writers and transform publishing and entertainment around the world.”

Wattpad’s award-winning work in TV, film, and publishing is transforming the global entertainment industry, using machine learning, audience insights, and data-backed development to create hit TV shows, films, and published books. Wattpad Books publishes a new generation of diverse authors and stories the world needs to read, combining art and science to find the trends, genres, and writers that will shape the future of publishing.

The company’s studio division, Wattpad Studios, currently has 90 TV and film projects in development with partners around the world, including the upcoming Netflix Original film with Nostromo Pictures, A Través de mi Ventana, based on Ariana Godoy’s 176 million read Wattpad sensation of the same name; and Blair Holden’s The Bad Boy’s Girl, currently being developed as a film with the legendary Leone Film Group. Wattpad’s Vidio Original series Turn On, from Vidio, Wattpad, and Screenplay Films, broke records to become Vidio’s most-watched series so far in 2021, with 10 million views and a second season greenlight.

Among Wattpad’s growing slate of hit TV and film projects is the People’s Choice Award-winning After, from Voltage Pictures. The story began on Wattpad, accumulating more than one billion reads on the platform before becoming an international best-seller and film franchise. After also won three Teen Choice Awards in 2019, and the sequel After We Collided was an indie hit in 2020. Four additional films in the franchise are in production or development, for a total of six planned films in the After series.