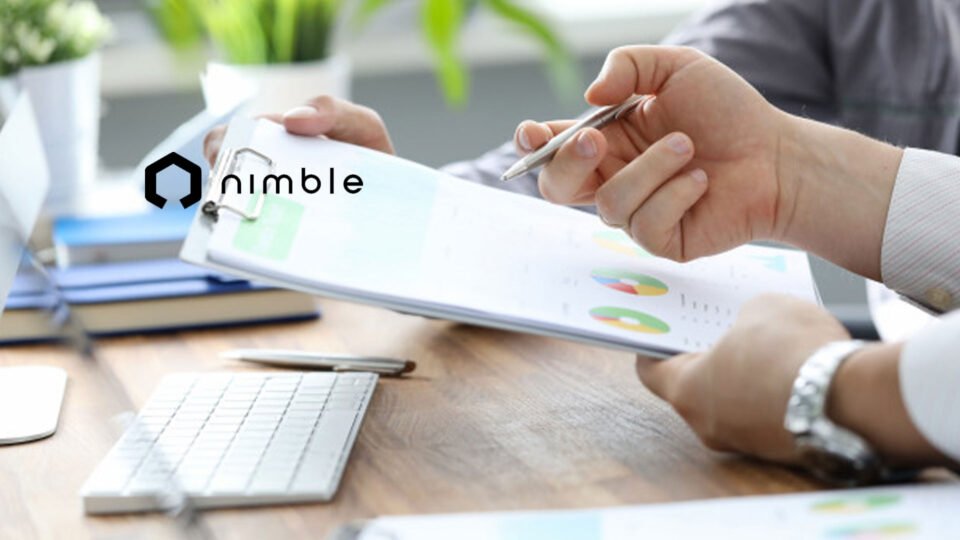 Nimble Robotics, Inc., a robotics and ecommerce fulfillment technology company, today announced a $50 million Series A financing led by DNS Capital and GSR Ventures with participation from Accel and Reinvent Capital among others. The capital raised will further accelerate the company’s hiring plans, product and technology development and scaling of robot deployments for its customers’ fulfillment operations.

The company also announced the appointment of AI industry pioneers to its Board of Directors:

Nimble’s mission is to democratize affordable, on-demand fulfillment for every ecommerce retailer. Nimble’s fleet of AI-powered robots intelligently pick, pack, and handle millions of products, spanning from apparel and electronics to beauty, general merchandise and grocery items. Today, Nimble robots are deployed in fulfillment centers across the United States picking over 100,000 items per day for customers including several Fortune 500 retailers.

Catalyzed by the Covid-19 pandemic, eCommerce doubled in 2020, accelerating nearly 10 years of growth in the span of just a few months, according to McKinsey & Co. Finding reliable warehouse labor now ranks among the highest pain points for retailers as they attempt to maintain business continuity and simultaneously scale their fulfillment operations. With a declining available labor pool and sky-rocketing eCommerce sales there is a shortage of over half a million warehouse workers. Robots can help fill this labor void.

“There is no fulfillment solution that can handle double the orders, fulfill them in half the time, with half the staff, for half the cost. We’ve assembled an all-star team of engineers to build the future of autonomous on-demand fulfillment to solve this problem. Our next-gen robotics technology will allow retailers and grocers of all sizes to have the fastest and most affordable fulfillment,” said Simon Kalouche, Nimble’s founder and CEO.

In today’s fulfillment centers, the process of picking, handling, and packing individual products into customer boxes is still performed manually. In the past decade, advances in warehouse automation have been primarily confined to robot shuttles and conveyor systems that transport shelves and bins of inventory from storage to manual pick stations in what is called a goods-to-person system. In even the most highly automated fulfillment centers, the piece-picking task, where products are picked off a shelf or out of a bin and packed into the customer order, remains a manual task performed by people. It is the most challenging task to automate because of the vast diversity in product size, shape, weight and fragility, and thus has been the most labor-intensive part of the fulfillment process.

Automated piece-picking has yet to be adopted at scale because robots have struggled to handle the millions of different eCommerce products with human-level reliability. Additionally, the notoriously high capital and time costs of technology integration within the fulfillment center has stifled retailer’s willingness to implement and adopt new technologies.

“Nimble addresses both reliability and integration concerns. Their robots have been picking reliably in production, at scale for over a year for some of the world’s largest retailers. They’ve developed an AI-powered product that makes integration fast and frictionless for their retail customers,” said Fei-Fei Li, seed investor and Nimble Board Member.

“Nimble’s unique deep imitation learning approach has created a breakthrough platform with the ability to seamlessly handle the millions of objects shipped from fulfillment centers” according to Sunny Kumar, Partner, GSR Ventures.

“Nimble is a plug and play solution and has repeatedly demonstrated that its robot systems can be integrated and picking in production on day 1 without changing a single line of code in the warehouse management system. This advantage allows Nimble to scale and expand its footprint faster than other competitors,” said Michael Pucker, Chairman and CEO, DNS Capital.

“I am excited about the team at Nimble and their ambition to invent the next generation of fulfillment centers, building on the best of robotics and artificial intelligence,” said Sebastian Thrun, Nimble Board Member.

The company intends to double its workforce in 2021, hiring top-tier engineering and operational talent.

Insights on the RPA in Financial Services Global Market to 2030