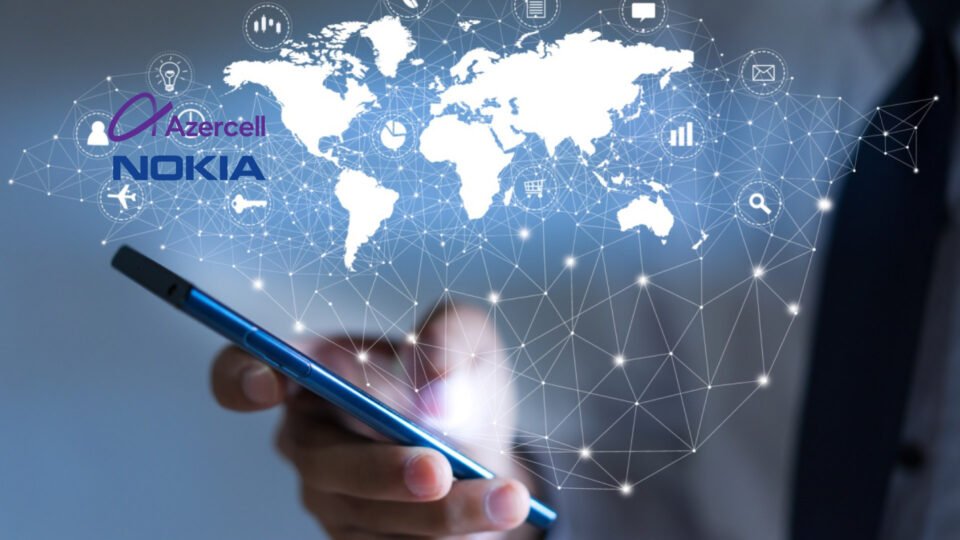 Espoo, Finland – Nokia today announced that it has expanded the 4G footprint of the Azerbaijan-based mobile operator, Azercell Telecom, with the installation of its AirScale 4G base stations at more than 1,400 sites across the country. Nokia’s AirScale Radio Access solutions will provide Azercell with high-speed mobile connectivity to cater for increased demand as well as providing a clear migration path in the future. Nokia is the sole supplier in this deal and will replace the former 4G provider and develop the network further.

The deal will be the first large-scale regional deployment of 4G services outside of the capital city of Baku. Azercell will utilize Nokia’s Single RAN solution, which is an industry-first commercial end-to-end solution that offers huge capacity scaling and market-leading latency. It will reduce complexity, increase cost efficiencies, and enable a smooth upgrade path in the future via a software update.

Azercell will also utilize Nokia Software’s NetAct Cloud network management system, which is cloud-agnostic and meets customer demands for software-only delivery. It is deployed on the same data center platforms as other IT and telco systems for increased agility and lower operational costs. NetAct manages both radio and core networks and provides applications for fault management, configuration management, network and administration management, performance management, and security management. The deal includes Nokia’s services for network design, deployment, and optimization. Installation began at the end of 2018 and was completed in July 2020.

Azercell is the largest operator in Azerbaijan and has prioritized increasing the geographic coverage of 4G with plans to roll out across the whole country including semi-urban and rural regions. Azercell is also planning to deploy low-power, wide-area NB-IoT services.

Marat Hamidov, Director of Network Technology Department at Azercell, said: “With more than 5 million customers, Azercell has improved and expanded its 4G network across the country with Nokia to provide its population with equal technological opportunities and the latest innovations through its high-speed Internet. It is worth mentioning that a European benchmarking test, conducted by “Systemics” in Azerbaijan, confirmed that Azercell provided the highest quality of 4G services in all the regions of the country. We look forward to a long partnership with Nokia.”

Mikko Lavanti, Market Unit Head, Central East and Central Asia at Nokia, said: “We are delighted to support Azercell in their efforts to deploy nationwide 4G connectivity. A high-performing 4G network is absolutely fundamental, and with our AirScale solution, we also offer a simple upgrade to the next technological era when Azercell is ready. I look forward to developing a long-standing and close-working partnership with Azercell and helping in its continued efforts to deliver best-in-class connectivity to subscribers across the country.”