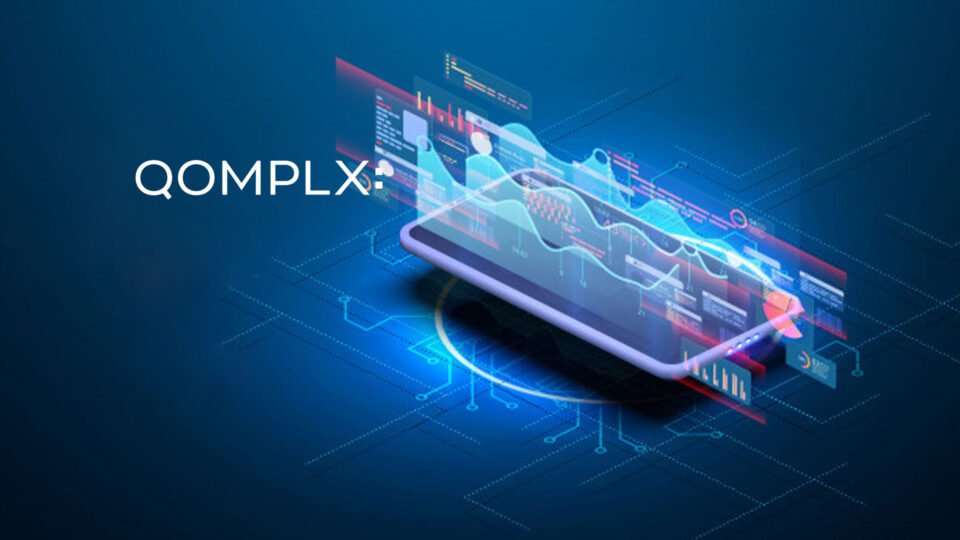 Led by Oxford-educated cybersecurity experts from West Point and the Air Force Academy and backed by William P. Foley, II’s Cannae Holdings and other notable investors, QOMPLX is a cloud-native leader in risk analytics that helps organizations quantify, model and predict risk in challenging cybersecurity and insurance domains.

As part of the transaction, QOMPLX is acquiring cyber intelligence and analytics solutions provider Sentar and insurance modeling and actuarial platform Tyche to accelerate its leadership position in risk analytics.

Approximately $1.4 billion estimated post-transaction equity value with up to $280 million in gross cash proceeds to the company after taking into account the acquisitions of Sentar and Tyche.

QOMPLX, a cloud-native leader in risk analytics, and Tailwind Acquisition Corp. (NYSE: TWND), a special purpose acquisition company, today announced that they have entered into a definitive business combination agreement. Upon closing of the transaction, the combined company (the “Company”) will operate as QOMPLX and plans to list under the symbol QPLX. The transaction reflects an estimated post-transaction equity value for QOMPLX of approximately $1.4 billion.

QOMPLX’s pro forma 2021 revenue is expected to be $141M. In 2020, the pro forma company’s go forward revenue base was $96M(E), and the core company had a 139% net revenue retention rate. QOMPLX’s rapid organic growth rate was 700%+ from FY19 to FY20. The combined business has more than 95 enterprise and government customers.

QOMPLX was co-founded by CEO Jason Crabtree and CTO Andrew Sellers. Jason is a former Special Advisor to the Commanding General of the U.S. Army Cyber Command, West Point graduate where he was selected as the First Captain of the Corps of Cadets, a Rhodes Scholar, and combat veteran who served in Afghanistan. Andrew is a U.S. Air Force Academy valedictorian, Truman Scholar, and Iraq War veteran who originally met Jason during their respective graduate fellowships at the University of Oxford. Customers of QOMPLX include a number of the world’s leading technology, financial services, insurance, and professional services companies and the pro forma business extends their customer base into major government entities.

QOMPLX’s unique ability to detect catastrophic attacks on Active Directory and enterprise authentication events using its massively scalable unified analytics platform will continue to drive commercial expansion for cybersecurity operations. The company also serves a more strategic role for clients, leveraging its unique technology platform to collect and process a combination of inside out and outside in data to power superior, and continuously updated, views of cybersecurity risk that better allow the data, operations, finance and risk teams in the enterprise to develop a shared sense of ground truth.

William P. Foley, II, Founder and Chairman of Cannae Holdings, said: “We are very excited to announce Tailwind’s transaction with QOMPLX and to invest additional capital into this portfolio company as it enters public markets. Cybersecurity and risk management are increasingly fundamental in business and government. QOMPLX uses technology to drive more disciplined business decisions about risk with a financial lens. This is a highly scalable company with real and rapidly growing revenues with formidable domain expertise.”

“Today’s agreement furthers QOMPLX’s mission to help organizations get to “ground truth” in their cybersecurity and risk quantification, risk management and risk finance efforts. Andrew and I founded QOMPLX with the express goal of allowing organizations to make economically rational decisions about cybersecurity and other challenging risks. Exceptional risk programs require continuous monitoring of real world data along with prospective modeling of future scenarios,” said Jason Crabtree, co-founder & CEO of QOMPLX. “Reaching public markets via our partnership with Tailwind expedites QOMPLX’s ability to reach more customers globally and supports our continued development of the core technology platform for mission critical customer applications. With the exceptional Sentar and Tyche domain experts joining QOMPLX, we are poised for growth fueled by extraordinary people, defensible technology, and a strong balance sheet.”

As part of the business combination, QOMPLX has also entered into definitive agreements to acquire two companies in the cybersecurity and insurance analytics industries to further extend QOMPLX’s leadership positioning as a global leader in risk:

“QOMPLX has developed the most advanced cloud native software when it comes to identity attacks, privilege escalation, and lateral movement detection,” said Philip Krim, chairman of Tailwind Acquisition Corp. “These capabilities are now must have competencies for organizations of all sizes, and the demand for this has crossed a tipping point given recent events like SolarWinds which highlight the gaps in Active Directory and enterprise authentication. QOMPLX is differentiated in its ability to link specific data, security controls, and simulations to financial risk. Jason and Andrew are world class founders who will lead QOMPLX to become the ‘go to’ Risk Cloud for organizations who realize data can quantify and reduce risk in critical areas like cybersecurity and business continuity.”

The transaction values QOMPLX at an estimated post-transaction equity value of $1.4 billion at$10.00 per share. It is anticipated that the combined company will receive approximately $280 million of gross proceeds from a fully committed common stock PIPE offering of $180 million, along with approximately $334 million cash held in trust, given approximately $200 million in cash acquisition costs, and assuming minimal redemptions by Tailwind’s existing public stockholders. The PIPE included participation from Cannae Holdings, Fidelity Management & Research Company LLC, Hedosophia and RenaissanceRe Ventures Ltd., a subsidiary of RenaissanceRe.

QOMPLX’s and Tailwind Acquisition Corp.’s boards of directors have unanimously approved the proposed business combination. Completion of the proposed business combination is expected in mid-2021, subject to approval by Tailwind’s stockholders and the satisfaction or waiver of other customary closing conditions identified in the Business Combination Agreement entered into by QOMPLX and Tailwind Acquisition Corp.

Additional information about the proposed transaction will be provided in a Current Report on Form 8-K to be filed by Tailwind today with the Securities and Exchange Commission and available on www.sec.gov.

Management of QOMPLX and Tailwind will host an investor call on March 2, 2021 at 8:30 A.M. ET to discuss the proposed transaction. The conference call will be accompanied by a detailed investor presentation.

A live webcast of the call will be available to those who register at http://public.viavid.com/index.php?id=143806, and can also be accessed on QOMPLX’s website at https://qomplx.com/investor-relations/ and Tailwind Acquisition Corp.’s website at https://twnd.tailwindacquisition.com/. For those who wish to participate by telephone, please dial 1-877-451-6152 (U.S.) or 1-201-389-0879 (International) and reference the Conference ID 13717158. A replay of the call will also be available via webcast here and at https://twnd.tailwindacquisition.com/news/events.

In addition, Tailwind will file an investor presentation with the SEC as an exhibit to a Current Report on Form 8-K prior to the call, which will be available on the SEC’s website at www.sec.gov and at https://twnd.tailwindacquisition.com/presentations.