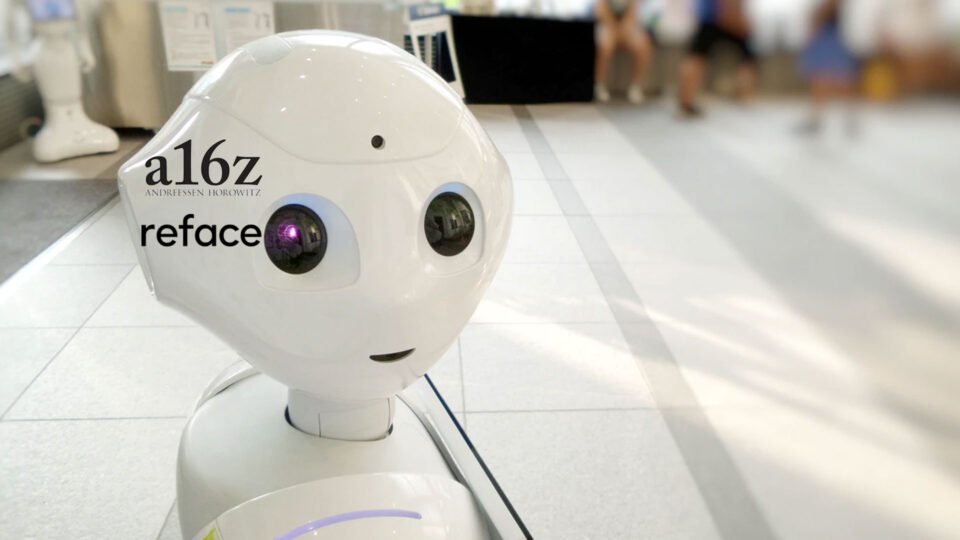 Reface, AI app for a video and GIF face-swaps announced that it has raised $5.5 million in the seed round of financing led by Andreessen Horowitz and several well-known angel investors. Reface strives to build the first social platform of dynamically personalized media content empowered with machine learning technologies. Since the official launch in January 2020, an app has been downloaded over 70 million times.

Reface app allows you to snap a picture of your face and apply your likeness to any number of celebrities, without needing any After Effects or VFX knowledge. Within seconds, users can export their creations to a multitude of formats including animated GIF and standard video formats and share them with friends on social media.

To achieve realistic images, the startup uses advanced machine learning methods, including GAN (generative adversarial network). It’s the only technology that can achieve high resolution in the generation of images. The team has been working on ML algorithms since 2011, when three students Roman Mogylnyi, Oles Petriv and Yaroslav Boiko founded Neocortext. After 2013, another four co-founders joined the team: Denys Dmytrenko, Kyrylo Syhyda, Dima Shvets and Ivan Altsybieiev. At an early stage the startup was funded by tech entrepreneur and angel investor Segrey Tokarev. In January 2020, the team launched Reface app, formerly known as Doublicat.

Reface has also partnered with leaders in the entertainment industry for creative digital marketing activations, such as John Legend, Miley Cyrus, Justin Bieber to promote new video launches, and Amazon Prime to advertise the Borat movie premiere. These digital marketing campaigns resulted in millions of shares and refaces. The personalised content helped to engage with an audience and businesses in need of such creative solutions, especially during COVID.

In addition to investment from Andreessen Horowitz, Reface has also secured funding from lead angel investor TQ Ventures as long as other prominent angels listed below. With these funds, the startup aims to reinvent the way people interact with content. Reface strives to build the first social platform of dynamically personalized media content empowered with machine learning technologies. As well as continue to work with world-known content holders by providing celebrity partners with creative digital marketing solutions.

“The a16z investments in our unique AI-powered technology will help us make Reface the world’s biggest platform for personalized content, where everyone can be anyone. We believe both the funding and a16z’s strong network will help us build long-term partnerships with major music labels, film studios, celebrities and influencers,” said Dima Shvets, Co-founder and CBO at Reface.

“Reface has experienced explosive growth over the past six months, by reaching 70M installs. We’ve become a leading app in over 100 countries including the US. Funding from Andreessen Horowitz will allow us to accelerate this growth, empower our team with new talents and improve technology, as we will continue work on a fake videos detection tool to guarantee responsible use of our AI technology,” said Denis Dmitrenko, Reface co-founder.

“The Reface team has taken their highly sophisticated, machine learning technology and transformed it into a consumer experience that is seamless to use and fun to share with your friends,” said Connie Chan, General Partner at Andreessen Horowitz. “We’re just beginning to see the potential applications for their core technology across consumer, entertainment, and marketing experiences and the Reface team has the creativity and expertise to help shape that future.”

“I believe that Reface has the potential to be the next-generation personalization platform that enables the gamification of movies, sports, music videos, and many other fields that people are passionate about. I’m excited to see the team grow Reface into a community that allows people to create active personal connections with artists and each other through content they love.” – Ilkka Paananen – Co – founder & CEO @ Supercell, angel investor.

“I believe that Reface has the potential to be the next-generation personalization platform that enables the gamification of movies, music and beyond.  A community powered by content is equally exciting.” – David Helgason, founder of Unity Technologies, angel investor

“The unique machine learning and AI technology not only makes Reface a leader in the next-generation of personalized content platforms, but it also opens the door to limitless possibilities for consumer driven content across many verticals including music and beyond”, said Scooter Braun, Co-Managing Partner at TQ Ventures.“The Reface team has the experience to continue to further this technology without jeopardizing user’s experience and privacy, while revolutionizing the way we connect and interact through the content we are passionate about.”

To guarantee users’ data safety, Reface makes sure that the original photo of the person is deleted within 24h from the cloud (usually, in 1 hour). An app doesn’t misuse users’ images because technology doesn’t require the photo itself to do the face swap: it needs face embeddings to do that. All the photos people use to make a swap are saved only locally on their device and no one else has access to it. Also, Reface works on a detection tool that will track whether a video was made with Reface or not.

Predictive Analytics to be Used to Protect COVID-19 Vaccines