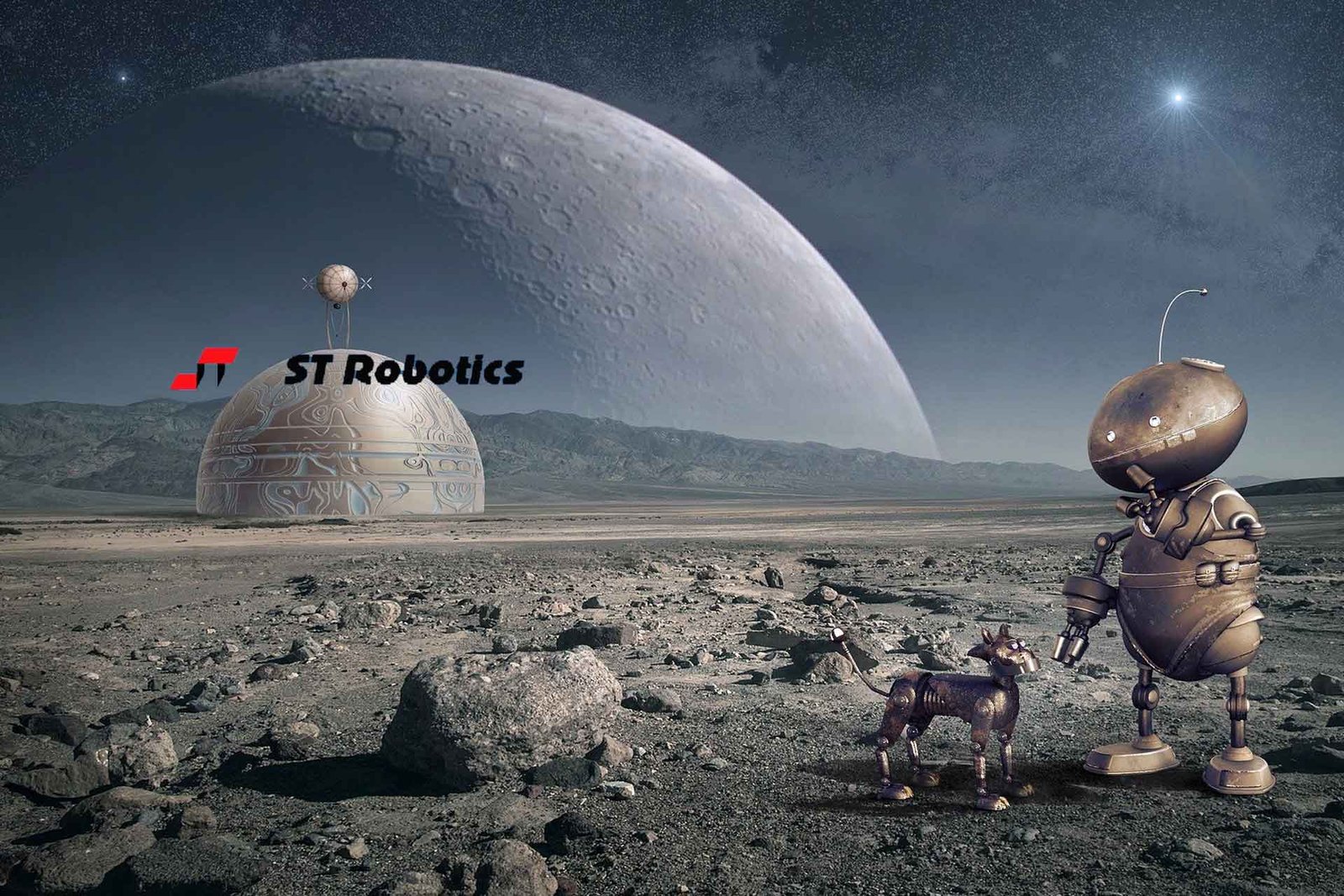 ST Robotics proudly announces that one of its robots has been integrated by artist and roboticist Pindar Van Arman to autonomously create expressive art.

The ST painting robot’s groundbreaking programming represents the culmination of nearly fifteen years of Pindar’s evolving work.  His first machines, unnamed because Pindar viewed them as simple tools, were robotic studio assistants that helped him increase artistic productivity with painting tasks such as connecting dots and painting by numbers.  Over the years however, Pindar ended up teaching the robots his entire artistic painting process by adding complex A.I. techniques ranging from simple k-means clustering to the more complicated deep learning techniques including convolution neural networks (CNNs) and generative adversarial networks (GANS).  The robot’s computational creativity enabled it to analyze its own marks, make independent aesthetic decisions, and even do something remarkably similar to imagining.  Pindar considers his most recent ST Robot independent enough to call it artonomous.

Pindar is delving deep into artonomous’ ability to create emotionally evocative portraits.  Toward this goal, he and the robot have teamed up with portrait photographer Kitty Simpson in an interspecific collaboration. They plan to paint hundreds of faces using a creative feedback loop, while continually refining artonomous’ creative process.

The ST R17 HS robot, mounted with a camera on its arm and a paint brush in its gripper, uses its array of more than two dozen artificial intelligence algorithms to paint sets of curated portraits. The finished paintings are then critiqued by the robot, Kitty, and Pindar.  Based on the critique, Kitty adjusts how she takes the next set of portraits.  artonomous then retrains its own neural networks to better understand faces, and Pindar modifies the robot’s A.I. and hardware.  This process is repeated as the body of work is formed.

Of his progress, Pindar Van Arman says, “I developed the ST robots into much more than simple assistants.  My robots are now effectively augmenting my creativity, and even achieving their own form of creativity.”

The trio’s evolving work can be seen at https://artonomo.us where they have already completed the first 32 portraits.  Kitty and Pindar project that hundreds and possibly thousands of portraits will be needed for artonomous to improve its creative process to learn the subtleties of fine portraiture.

Artha to represent Talend in India as Master...