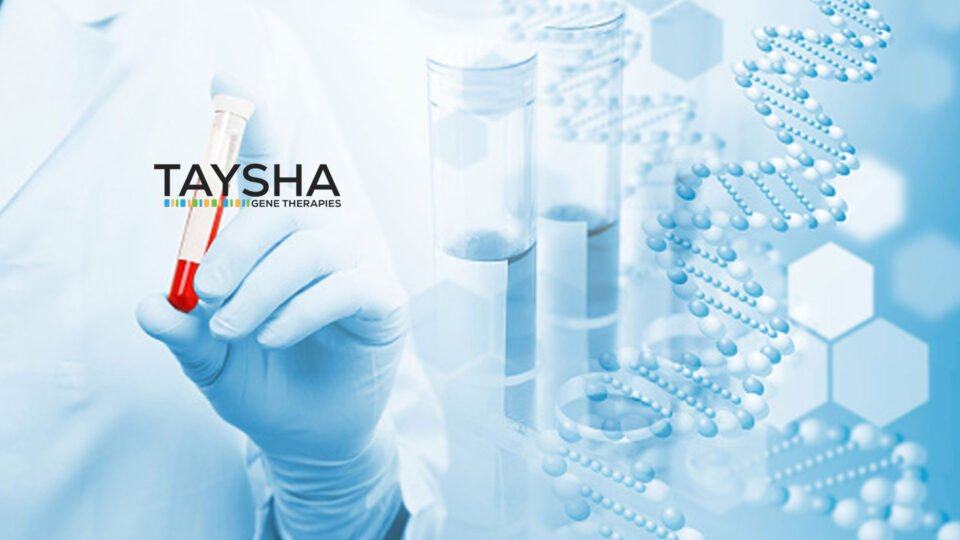 These quantitative data, for the first time, demonstrated miRARE’s ability to regulate gene expression on a cell-by-cell basis, highlighting its potential application in numerous dose-sensitive diseases

Data support an IND/CTA filing for TSHA-102 in Rett syndrome in the second half of 2021, with initiation of a Phase 1/2 trial anticipated by year-end

Taysha Gene Therapies, Inc. (Nasdaq: TSHA), a patient-centric, pivotal-stage gene therapy company focused on developing and commercializing AAV-based gene therapies for the treatment of monogenic diseases of the central nervous system (CNS) in both rare and large patient populations, today announced the publication of new preclinical data for TSHA-102 in Rett syndrome. The data were published online and will be included in the May edition of Brain, a highly esteemed neurological science peer-reviewed journal.

“Effective gene therapy targeting MECP2 for the treatment of Rett syndrome has been elusive due to the inability to properly regulate transgene expression,” said Steven Gray, Ph.D., Chief Scientific Advisor at Taysha and Associate Professor in the Department of Pediatrics at UT Southwestern. “The built-in self-regulatory feedback loop mechanism in TSHA-102, work that was initiated in my laboratory in 2007, is a completely novel approach that allows for regulated expression of MECP2 on a cell-by-cell basis. These results published today are highly encouraging and allow us to conceive additional novel approaches using miRARE in conditions with dose-sensitive genes.”

“The complexities of developing an efficacious and well-tolerated gene therapy for the treatment of Rett syndrome are highlighted by phenotypic variability, mosaicism and the need to regulate MECP2 such that it does not cause overexpression-related toxicity. Today’s data give us confidence that we can achieve appropriate MECP2 expression in all cells in a genotype-dependent manner, which we believe significantly de-risks the developmental program in its translation to humans,” said Suyash Prasad, MBBS, M.Sc., MRCP, MRCPCH, FFPM, Chief Medical Officer and Head of Research and Development of Taysha. “Historically, unregulated gene replacement of MECP2 resulted in overt adverse events, including death in wild type mice due to overexpression of the MECP2 protein. With the built-in regulatory element, miRARE, TSHA-102 provided a statistically significant survival extension by 56% in 4- to 5-week-old knockout Rett mice. We see the potential for broadening the miRARE platform to other CNS diseases requiring regulated gene expression. These positive data support our intent to file an IND/CTA for TSHA-102 in the second half of this year, followed by initiation of a Phase 1/2 trial by year-end 2021. TSHA-102 has the potential to address a significant unmet need for an estimated 25,000 patient with Rett syndrome across the United States and in Europe.”

The preclinical study was conducted by the UT Southwestern Medical Center (UT Southwestern) laboratory of Sarah Sinnett, Ph.D., and evaluated the safety and efficacy of regulated miniMECP2 gene transfer, TSHA-102 (AAV9/miniMECP2-miRARE), via intrathecal (IT) administration in adolescent mice between four and five weeks of age. TSHA-102 was compared to unregulated full length MECP2 (AAV9/MECP2) and unregulated miniMECP2 (AAV9/miniMECP2).

In addition to survival, behavioral side effects were explored. Mice were subjected to phenotypic scoring and a battery of tests including gait, hindlimb clasping, tremor and others to comprise an aggregate behavioral score. miRARE attenuated MECP2-mediated aggravation in wild type aggregate phenotype severity scores. Mice were scored on an aggregate severity scale using an established protocol. AAV9/MECP2– and AAV9/miniMECP2-treated wild type mice had a significantly higher mean (worse) aggregate behavioral severity score versus that observed for saline-treated mice (p <0.05; at 6–30 and 7–27 weeks of age, respectively). TSHA-102-treated wild type mice had a significantly lower (better) mean aggregate severity score versus those of AAV9/MECP2– and AAV9/miniMECP2-treated mice at most timepoints from 11–19 and 9–20 weeks of age, respectively. No significant difference was observed between saline- and TSHA-102-treated wild type mice.

“It has been a challenge finding an approach that can appropriately regulate MECP2 expression in Rett syndrome but the preclinical data for TSHA-102 published today support the miRARE approach,” said Sarah Sinnett, Ph.D., Assistant Professor in the Department of Pediatrics at UT Southwestern. “It is clear that the disease is reversible, and I am encouraged that this novel strategy may enable us to make a difference in the management of this disease.”

FLIR Receives Orders from US Military Worth More than $70M