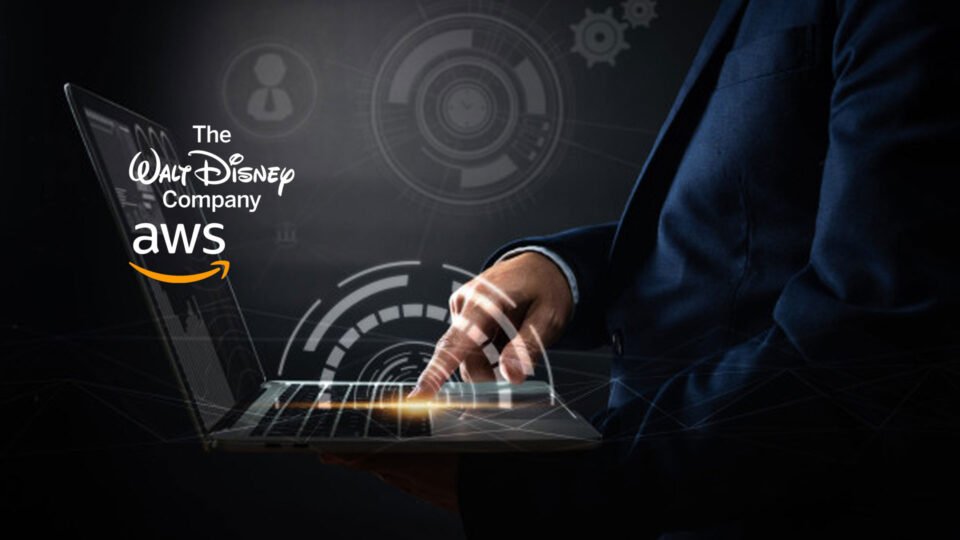 With AWS as its preferred public cloud infrastructure provider, The Walt Disney Company leverages AWS’s proven global infrastructure to improve performance and reliability for Disney+ as the streaming service continues to scale globally

Today, Amazon Web Services, Inc. (AWS), an Amazon.com, Inc. company (NASDAQ: AMZN), unveiled that The Walt Disney Company is leveraging AWS for the global rollout of Disney+, one of the largest online streaming video services in the world. The Walt Disney Company relies on AWS as its preferred public cloud infrastructure provider to support the explosive growth of Disney+, which quickly surpassed 100 million subscribers only 16 months after launch in November 2019. Leveraging AWS’s fault-tolerant, highly performant infrastructure, The Walt Disney Company has been able to rapidly expand Disney+ to 59 countries across North America, Europe, Asia Pacific, and Latin America.

Disney+ is expanding its use of AWS’s industry-leading services to include more than 50 technologies, such as machine learning, database, storage, content delivery, serverless, and analytics. For example, Disney+ uses Amazon Kinesis (a service that makes it easy to collect, process, and analyze real-time, streaming data) and Amazon DynamoDB (AWS’s key-value database that delivers single-digit millisecond performance at any scale with built-in encryption and data recovery) to ingest content, metadata, and billions of customer actions each day, which enables viewers to add content to their Watch Lists, and start watching a video and pick it up on a different device, or make recommendations for what to watch next. Disney+ also uses Amazon Timestream (AWS’s serverless, time-series database built for large scale ingestion, storage, and real-time querying of times-series data) to monitor the efficacy of their streaming platform to ensure that users continue to have access to the highest quality video content.

After announcing the intent to launch a dedicated streaming service in August of 2017, The Walt Disney Company spent a year laying the foundation for the streaming service. Leveraging a flexible, secured cloud video infrastructure powered by AWS, Disney+ was able to handle more than 10 million new Disney+ sign-ups within 24 hours of its November 12, 2019 launch. In order to meet consumers’ high expectations and handle the enormous global scale required, technologists behind Disney+ collaborated closely with AWS to balance loads and handle usage spikes to manage the huge peaks in demand from viewers for premium content like Hamilton, Mulan, and The Mandalorian.

“Disney+ has completely reinvented what’s possible in content delivery by challenging convention and using cloud technology to build a streaming product from scratch that had never been launched and marketed before on such a global scale,” said Joe Inzerillo, executive vice president & CTO, direct-to-consumer, The Walt Disney Company. “AWS has been our preferred cloud provider for years, and its proven global infrastructure and expansive suite of services has contributed meaningfully to the incredible success of Disney+.”

“Disney+ brings beloved characters and timeless stories to a global audience through world-class direct-to-consumer video services,” said Carla Stratfold, vice president of AWS global and strategic accounts at Amazon Web Services, Inc. “Only AWS’s proven global infrastructure and unparalleled set of capabilities deliver the reliability, scalability, and breadth of functionality to power one of the world’s most exciting streaming services and its expansion around the world. We look forward to continuing to provide comprehensive cloud capabilities and expertise to The Walt Disney Company to help them reinvent streaming entertainment for Disney fans globally.”

Alkira & Microsoft to Revamp the Cloud Networking Journey to Azure