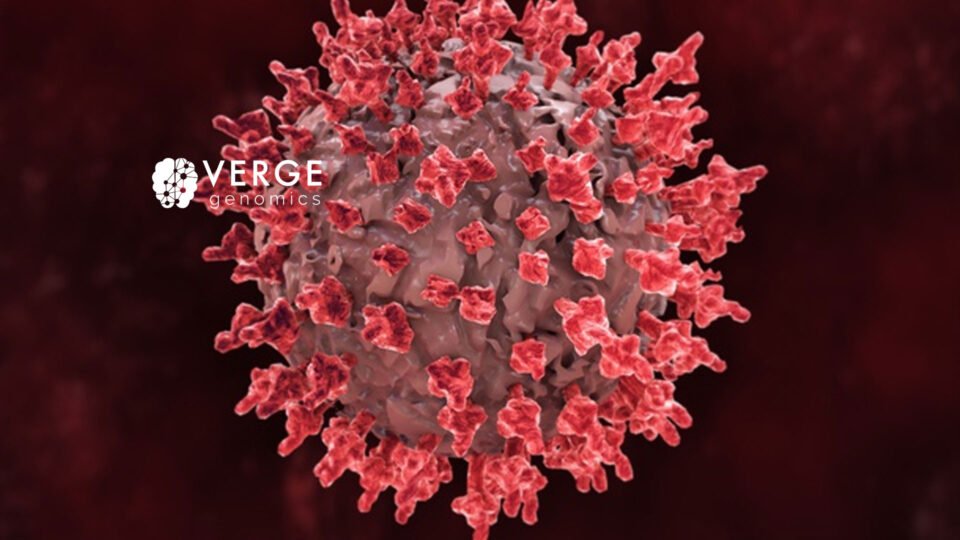 Verge Genomics, a drug discovery company developing therapies for neurological diseases by integrating a unique all-in-human genomic platform with machine learning, announced today that Robert Scannevin, Ph.D., will join the company as Chief Scientific Officer. Reporting directly to Alice Zhang, Co-founder and Chief Executive Officer, Dr. Scannevin will lead all aspects of R&D and serve as a scientific liaison for the company to investors, partners and the medical community.

Dr. Scannevin has more than 20 years of leadership experience in drug discovery and development at both large pharma and early-stage biotech, and has seen multiple drugs from discovery through FDA approval. Before joining Verge, Dr. Scannevin was the Head of Research at Yumanity Therapeutics where he oversaw biology and chemistry research focused on new target discovery and therapeutic development for neurodegenerative diseases. While at Yumanity, he built a robust and efficient drug discovery function that delivered a deep discovery and clinical development pipeline. Dr. Scannevin provided scientific leadership that helped shepherd the company’s growth from early stages through multiple successful financing rounds, a collaboration with a major large pharmaceutical company, and to a successful public debut.

“At Verge, we have built a platform that extends the power of human genetics beyond rare mutations to treat larger patient populations, and utilized this platform to advance a promising drug candidate towards the clinic,” said Alice Zhang, Co-founder and Chief Executive Officer of Verge Genomics. “We wanted a Chief Scientific Officer who could marry extensive experience leading drug discovery teams with an enthusiasm for new technology platforms. In Robert, we have found that exceptional aptitude for drug development and a track record of translating innovative technology platforms into clinical candidates. Robert joins at a critical time as we are advancing our first candidate towards the clinic. He will enable our team to bring new treatments to patients, multiply the value of our product pipeline, and at the same time, execute on our vision of using human data to transform drug discovery.”

Prior to Yumanity, Dr. Scannevin was a Senior Director at Biogen, Inc. and has also led research teams at Johnson and Johnson (now Janssen) and Wyeth (now Pfizer). While at Biogen, Dr. Scannevin served on the preclinical development team for the Alzheimer’s disease antibody aducanumab and was heavily involved in the development and marketing approval of Tecfidera® (dimethyl fumarate), an oral therapeutic for multiple sclerosis, in which he served as the Global Research Lead for this first-in-class therapy.

“I am excited to be joining Verge Genomics as the company has both a game-changing scientific platform as well as a unique and impressive company culture marked by its transparency. I look forward to being able to help develop the pipeline of novel and targeted options in ALS and Parkinson’s Disease in an environment that encourages open dialogue. This refreshing mix is what sealed the opportunity for me,” said Robert Scannevin, Ph.D.

Dr. Scannevin earned his Ph.D. at SUNY Stony Brook in the laboratory of Dr. James S. Trimmer, and received his postdoctoral training at the Johns Hopkins University School of Medicine in the laboratory of Dr. Richard Huganir. He is a co-author on more than 50 peer-reviewed research articles and an inventor on over a dozen patent applications and issued patents.

Volta Labs Launches with $20 Million in Series A