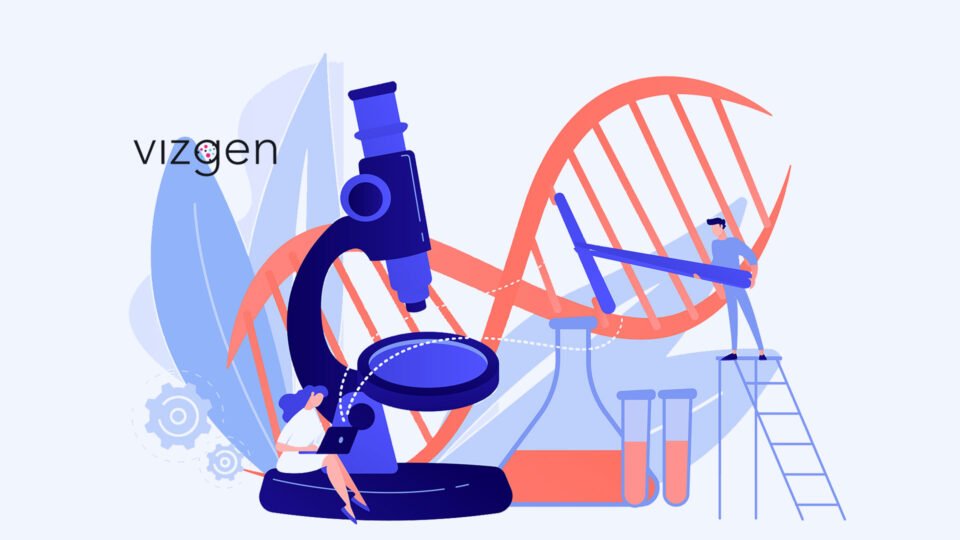 Vizgen, the life science company visualizing biology to advance human health through the first complete solution for single-cell spatial genomics, today released its first freely available dataset, the Vizgen MERFISH Mouse Brain Receptor Map. This is the first of a series of datasets that will be made available through the company’s new Data Release Program.

Vizgen’s release of the MERFISH Mouse Brain Receptor Map marks the first time the research community at large can access open-source spatial genomics data. This will allow researchers to truly understand the power of spatial technologies, while also experiencing the capabilities and advantages of unparalleled scope and resolution enabled by MERSCOPE. The Vizgen MERFISH Mouse Brain Receptor Map contains the exact position of transcripts from 483 genes across three full coronal slices with three biological replicates for each slice. In all, the whole dataset contains 554,802,908 transcripts and 734,696 cells representing the largest dataset of single-cell spatial transcriptomics publicly available to date. The data set also includes cell boundary polygons, and high resolution DAPI and Poly T mosaic images.

Through the data, researchers can learn how MERFISH technology provides a direct window into the molecular, cellular, and functional organization of intact biological systems and gain greater insight into the mechanisms underlying both health and disease. This and future datasets will be accessible through a form on Vizgen’s website. To eliminate barriers to access, datasets released through the Vizgen MERFISH Data Release Program will be freely available to participants to use as they wish.

Notably, the dataset provides unprecedented detail about the spatial expression of hundreds of receptor genes – notoriously difficult data to capture due to many of these genes being expressed at very low levels within the tissue.

The mission of the Vizgen Data Release Program is to provide researchers early access to MERFISH data generated on the MERSCOPE platform, which includes images and tables that describe the exact spatial position and their colocalization within individual cells. Each dataset released will represent a different “cell atlas,” expanding on the global initiative to generate systematic and comprehensive reference maps of cells and how they function together in both normal and diseased biological tissues. Overall, through its Data Release Program, Vizgen seeks to accelerate biological discovery by making MERFISH data available to scientists of all backgrounds and skillsets.

“We are excited to make this data publicly available so that the research community can immediately leverage the high-quality spatial genomics measurement of MERSCOPE to gain a deeper understanding of the complexity of these biological systems. Each dataset released will have a different anatomical or disease-associated focus and will be a resource for illuminating open biological questions that are difficult to address without a highly multiplexed, spatial genomics technology,” said George Emanuel, Vizgen co-founder and Director of Partnerships and Technology. “Our goal is to demonstrate the unique power of MERSCOPE’s data while providing a valuable resource for the research community.”

Updated Guidelines from the AUA Include Genomic Assays