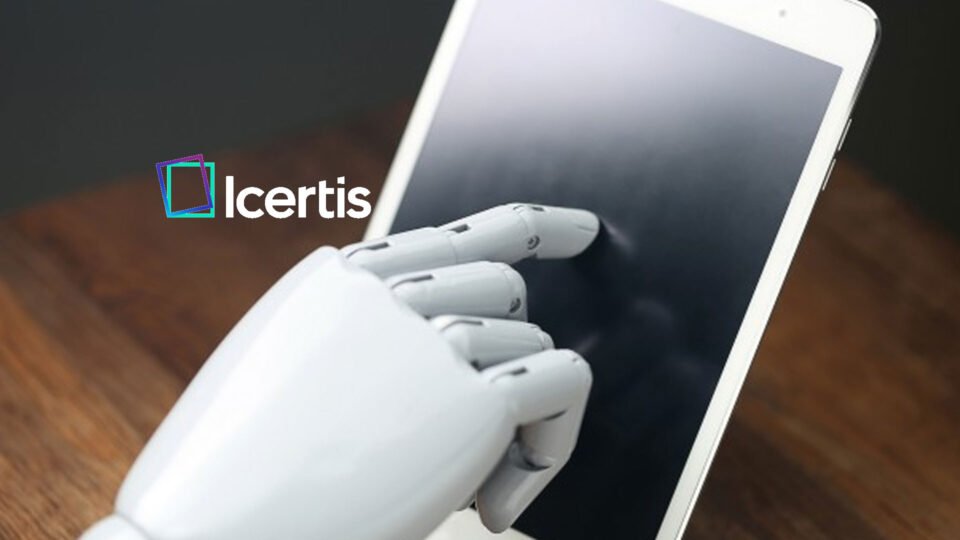 For the second consecutive year, Icertis was named a Leader in the Gartner Magic Quadrant for Contract Life Cycle Management for its ability to execute and completeness of vision

CLM is one of the fastest-growing enterprise software categories and is increasingly recognized as a universal, critical asset for businesses of all sizes across industries

Icertis, the contract intelligence company that pushes the boundaries of what’s possible with contract lifecycle management, today announced it has been named a Leader in the 2021 Gartner Magic Quadrant for Contract Life Cycle Management (CLM) for its ability to execute and completeness of vision. Gartner analysts considered 15 CLM vendors, across 15 criteria, to determine the placement of each vendor.

This is the second year in a row that Icertis has been named a Leader in the Gartner Magic Quadrant, which Icertis attributes to the bold vision, unrivaled expertise, and enduring commitment it brings to the CLM category. In addition to being named a Leader, Icertis placed furthest right for its Completeness of Vision and advanced even higher for its Ability to Execute. Gartner defines completeness of vision as: “Vendors’ ability to grasp current and future market and technology trends, customer needs and competitive forces.”

Icertis was the first company to grasp the true transformative potential of CLM and has boldly pursued the vision of organization-wide contract intelligence for more than a decade. Hundreds of the world’s most iconic brands and disruptive innovators, including Apple, BASF, Daimler, Gateway Health, Google, Herman Miller, Merck, Microsoft, and Sanofi, trust Icertis’ unrivaled expertise and enduring commitment to fully realize the intent of their combined 10 million+ contracts.

Built to work seamlessly with most major ERP, CRM, and procurement systems, the Icertis Contract Intelligence (ICI) platform turns contracts from static documents into strategic advantage by structuring and connecting the critical contract information that defines how an organization runs, streamlining contracts and processes, reducing risk, and accelerating business. Icertis brings a new level of intelligence and transparency to CLM through its AI and Blockchain innovations, which empower businesses worldwide to ensure accuracy and compliance across the entire contract lifecycle.

“Just like every serious company needs CRM to manage its customers and SRM to manage its suppliers, every serious company needs CLM to manage its contracts,” said Samir Bodas, CEO and Co-founder, Icertis. “Icertis is the vendor of choice for organizations looking for the CLM partner with the clearest vision for the future and the proven ability to execute and take them there. With ICI, companies can easily digitize their contracting processes across the enterprise, mine the gold in their contracting data, and crucially, ensure every entitlement is fully realized and every commitment is fully delivered after the contract is signed.”

According to Gartner, “Leaders are in the strongest position to influence the market’s growth and direction. They demonstrate a market-defining vision for how CLM technology can help companies achieve the business objectives of managing compliance and reducing process bottlenecks. Leaders can execute against that vision through products and services and have demonstrated business results in the form of revenue and earnings. They excel in their combination of market understanding, innovation, product features and functions, and overall viability, while maintaining a well-established base of long-term customers. Leaders show a consistent ability to win new deals with successful implementations. They have customers in the largest number of geographic regions and cover a wide variety of industries and sizes of organization. Leaders are often the vendors that other vendors measure themselves against.”

The analyst report comes at a time of explosive growth for Icertis and the CLM market overall. CLM is increasingly recognized as a universal, critical asset for businesses of all sizes. The category has ballooned to an addressable market of over $20B*, growing at a rate of over 35% year-over-year.

Icertis has achieved unprecedented momentum in the CLM market, exemplified by a crescendo of growth milestones, top-tier awards, analyst reports, and other highlights, including:

Chordant Chosen to Participate in the CUSP London Data Dive

QuartzBio, a Part of Precision for Medicine, Acquires...