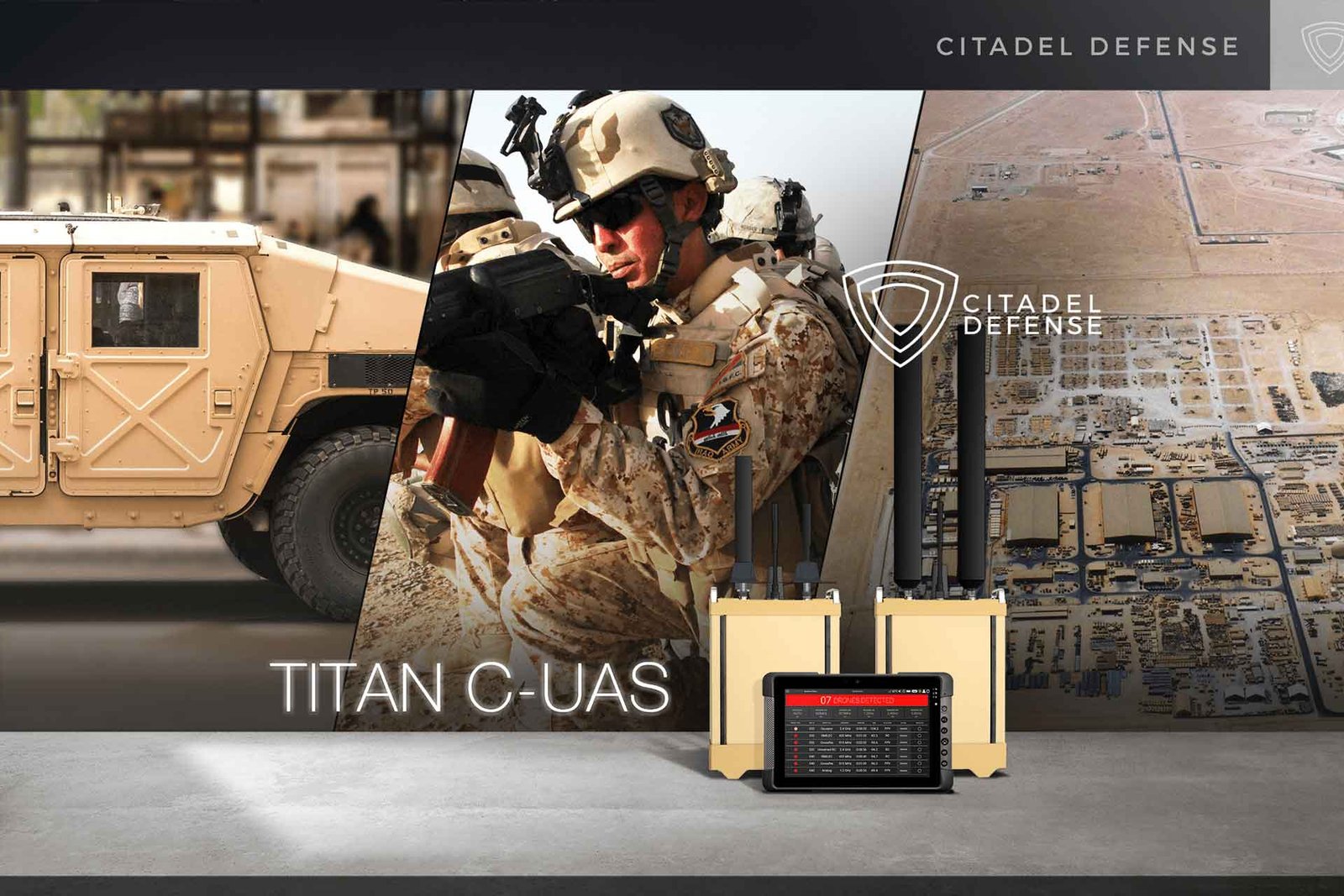 Citadel Defense has released new AI-powered software and networking solutions in order to autonomously protect against 98% of commercial off-the-shelf drones. By securely networking multiple Titan systems together, a large base or airfield can achieve 24/7/365 protection through a single interface and the click of one button.

“We delivered intuitive hardware and software that quickly and cost-effectively handles threats across all modalities of operation so that troops can focus on their missions without distraction,” said Christopher Williams, CEO of Citadel Defense.

Responding to feedback from operators downrange, Citadel built Titan to be a reliable system that consistently delivers on its advertised capabilities and works as effectively in uncontrolled combat environments as it does in scripted Government tests.

“Our troops and security teams face dynamic threat environments where drones are only one of many concerns. We designed Titan to provide automated end-to-end protection against commercial off-the-shelf drones with the same user experience on one system as you have when over a dozen systems are networked together,” explained Williams.

Addressing Warfighter concerns that legacy CUAS systems were difficult to operate and cost prohibitive to sustain, Citadel worked with the Air Force and government agencies to develop an optimized radiofrequency solution for Air Defense operations. The team’s focus on AI, machine learning, and hyper-automation has allowed the company to deliver a single CUAS solution that is equally effective across fixed, mobile and dismounted missions.

Acknowledged as one of the nation’s Most Promising Defense Companies alongside Lockheed Martin and Dynetics, Citadel continues to develop the most innovative and disruptive CUAS solutions that meet the modernization needs of today’s dynamic battlefield.

“We are not trying to be everything to everyone. We provide the most adaptive and best-value RF capability that meets the protection, risk and budget needs of our customers while giving them flexibility to add new sensors over time,” added Williams.