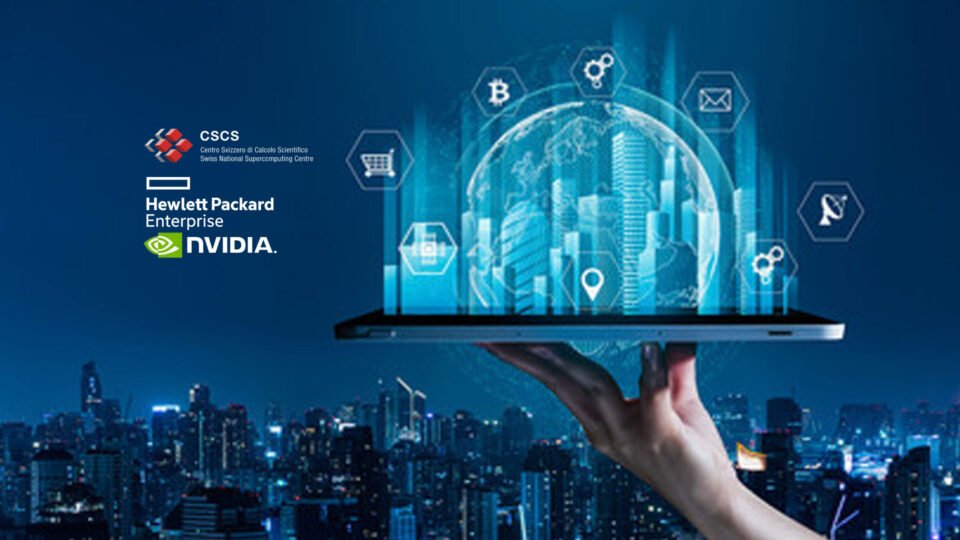 The Swiss National Supercomputing Centre (CSCS), Hewlett Packard Enterprise (HPE) and NVIDIA today announced that they are creating what is expected to be the world’s most powerful AI-capable supercomputer.

Planned to come online in 2023, the “Alps” system infrastructure will replace CSCS’s existing Piz Daint supercomputer and serve as a general-purpose system open to the broad community of researchers in Switzerland and the rest of the world.

It will enable breakthrough research on a wide range of fields, including climate and weather, materials sciences, astrophysics, computational fluid dynamics, life sciences, molecular dynamics, quantum chemistry and particle physics, as well as domains like economics and social sciences.

Alps will be built by HPE based on the new HPE Cray EX supercomputer product line, which is a next-generation high performance computing (HPC) architecture designed from the ground up to efficiently harness insights from vast, ever-increasing amounts of complex data. It features the HPE Cray software stack for a software-defined supercomputing experience, as well as the NVIDIA HGX™ supercomputing platform, including NVIDIA GPUs, the NVIDIA HPC SDK and the new Arm-based NVIDIA Grace™ CPU, also announced today.

Taking advantage of the tight coupling between NVIDIA CPUs and GPUs, Alps will be able to train GPT-3, one of the world’s largest natural language processing models, in only two days — 7x faster than NVIDIA’s 2.8-AI exaflops Selene supercomputer, currently recognized as the world’s leading supercomputer for AI by MLPerf.

CSCS users will be able to apply this incredible AI performance to a wide range of emerging scientific research that can benefit from natural language understanding. This includes, for example, analyzing and understanding massive amounts of knowledge available in scientific papers and generating new molecules for drug discovery.

“We are not simply procuring a new computer. For enabling scientific breakthroughs, we are retrofitting our computer center in several expansion phases to a service-oriented research infrastructure,” said Thomas Schulthess, computational physicist at ETH Zurich and director of CSCS. “Alps will use the HPE Cray EX supercomputing infrastructure based on a cloud-native software architecture to implement a software-defined research infrastructure, as well as NVIDIA’s novel Grace CPU to converge AI technologies and classic supercomputing in one single, powerful data center infrastructure.”

“HPE has had a longstanding collaboration with the Swiss National Supercomputing Centre (CSCS) in advancing high performance computing (HPC) technologies to accelerate a range of scientific research,” said Antonio Neri, president and CEO of Hewlett Packard Enterprise. “We are honored to continue this journey by designing a powerful new system that furthers CSCS’s mission. Armed with this incredible tool, CSCS is equipped to harness new insights from its data that drive breakthroughs in advancing our world.”

“Today’s monumental scientific challenges demand a new kind of supercomputer to fuel discovery,” said Jensen Huang, founder and CEO of NVIDIA. “Taking advantage of our new Grace CPU designed for giant-scale AI and HPC, CSCS and NVIDIA are joining together to blaze a new trail — building a world-class, Arm-based supercomputing infrastructure that will let leading scientists apply the power of AI to do world-changing research.”