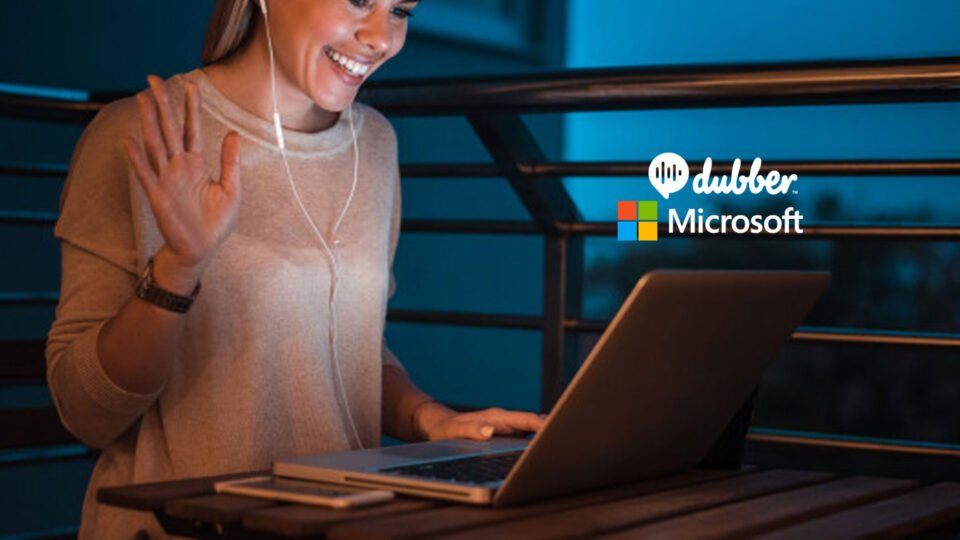 Unified Call Recording is a first of a kind capability for Microsoft Teams enabled by Dubber’s unique ability to capture any conversation – voice or video – on Microsoft Teams in the cloud – and to aggregate recordings, data, insights and alerts from service provider and unified communications platforms, compliantly, in one place.

Microsoft Teams is one of the world’s fastest growing team collaboration suites and has over 75 million daily active users. Dubber allows Teams customers to automate voice recording at scale from any device with no need for hardware. Unified call recording and voice AI are a key enabler of compliance, customer satisfaction and sales performance – delivering real-time insights, sentiment analysis, alerts, beautiful transcriptions and more.

“COVID has dramatically accelerated the demand globally for unified communications solutions,” said Steve McGovern, CEO Dubber. “As workforces have dispersed and network end-points multiplied the demand for automated call recording at scale has become essential to addressing regulatory requirements and enterprise-wide visibility. With Dubber supporting Microsoft Teams via our global platform, users can activate recording immediately in the cloud – eliminating the need to build solutions or buy hardware.”

McGovern added, “Microsoft Teams customers and resellers now have access to the industry leading platform used by over 140 service providers worldwide. It’s now possible to unify call recording on these networks and Microsoft Teams into the centralised Dubber Voice Intelligence Cloud. Our integration with Microsoft Teams advances Dubber as the preeminent and de facto cloud-based unified call recording solution for communications providers – and as a source of differentiation and value for resellers globally.”