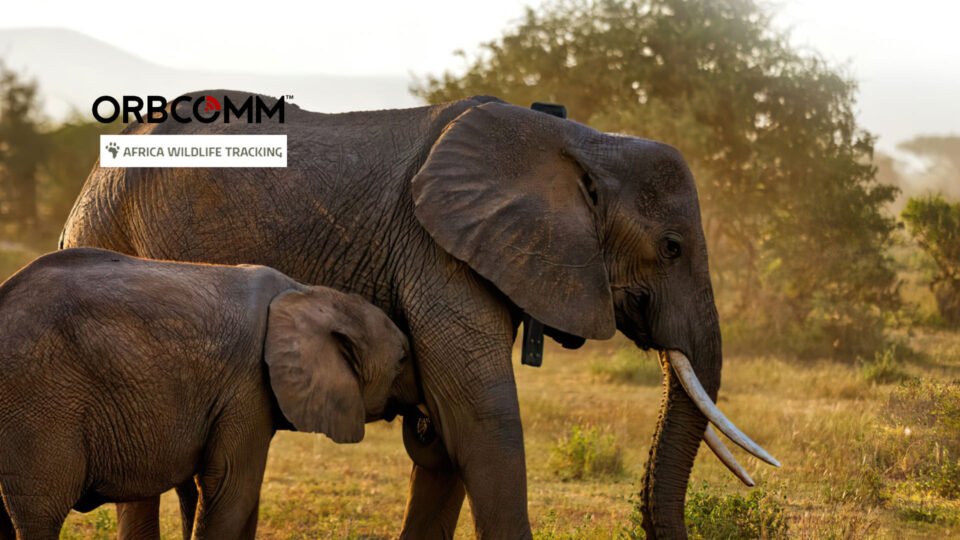 ORBCOMM Inc. (Nasdaq: ORBC), a global provider of Internet of Things (IoT) solutions, today announced that Africa Wildlife Tracking (AWT), the leader in tracking wildlife, is leveraging ORBCOMM’s advanced satellite IoT technology to track and monitor animals of all sizes to support their conservation efforts. With the added threat of the COVID-19 pandemic and the need to supply local populations with food, poaching is likely to increase, making ORBCOMM’s IoT solutions more important than ever in helping AWT protect endangered wildlife.

Headquartered in South Africa, AWT is utilizing ORBCOMM’s state-of-the-art satellite modems to provide secure, near real-time GPS tracking and monitoring of large animals such as elephants in some of the world’s most remote regions and densest forests. Radio-frequency identification (RFID) transmitters on smaller animals such as wild dogs and cheetahs communicate with the ORBCOMM devices on the elephants’ collars and transmit data to AWT’s proprietary software applications. The ORBCOMM modem’s small size and low-power consumption transceivers have resulted in improved longevity and performance in the battery-powered elephant collars. By having access to near-real-time data, researchers, conservationists and game reserves can extrapolate and analyze the information, deliver insights into animal behavior and gain visibility into situations when animals are under threat of poaching through alarms, tamper detection and geofence alerts.

ORBCOMM’s ubiquitous satellite connectivity is critical to enabling AWT to track and monitor animals in their natural habitats. ORBCOMM’s ruggedized IoT devices can withstand these complex environments, extreme weather conditions and tough terrain, which is often dusty, muddy and covered with dense forests. In addition, ORBCOMM’s robust devices are highly reliable in the field, which is extremely important given the extensive costs, resources and logistics involved in putting tags and collars on the animals AWT tracks.

“We are pleased to partner with AWT to support their important mission of protecting endangered wildlife and their natural environments across several continents,” said Marc Eisenberg, Chief Executive Officer of ORBCOMM Inc. “ORBCOMM’s global satellite coverage offers a unique advantage for AWT by ensuring reliable, secure and cost-effective communications in some of the most isolated areas of the world and delivering valuable animal data and alerts that help them stay one step ahead of poachers.”

“AWT’s emphasis is on anti-poaching, especially in the current environment, so we need a reliable unit that will report regularly, and ORBCOMM offers an ideal solution,” said Martin Haupt, Founder of Africa Wildlife Tracking. “ORBCOMM’s sophisticated IoT technology is key in making the collection and verification of the data a lot easier and driving valuable results. ORBCOMM’s units are smaller and power-efficient; the data travels by satellite; and there’s more live information than ever before.”

For more information on ORBCOMM’s satellite IoT portfolio, visit https://www.orbcomm.com/en/partners. To learn about AWT’s cross-continent expertise in tracking more than 6,000 animals in 40 countries around the world, please visit https://awt.co.za.