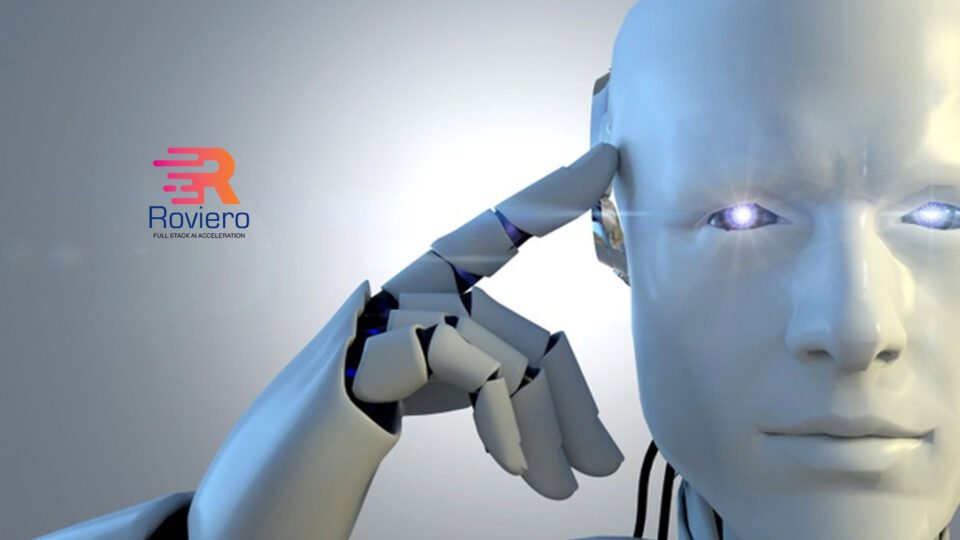 “Roviero is bringing innovation to the market via its software-based approach to neural network acceleration. The graph instructions invented by the team at Roviero dramatically reduce the compiler complexity, allowing us to implement all variations of neural networks with various backbones and support for all current and future frameworks. Another advantage the approach brings is high utilization of compute thereby dramatically reducing the size of compute elements required and at the same time reducing the amount of active memory by orders of magnitude. Through this huge validation by industry experts, we plan to expand our base and solidify our position as a dominant player in the AI acceleration market.” said Deepak Mital, CEO at Roviero.

“We see a massive opportunity here to truly achieve the goal of enabling intelligent edge devices with Roviero’s world’s first Native Graph AI Processor”, said Ashok Krishnamurthi, Managing Partner at Great Point Ventures. “While AI at the edge space is a very large market there are many diverse markets, each with unique requirements when it comes to area, power programmability etc. We noted, Roviero’s approach addresses the whole market through its scalable software-based approach.”

“Every edge device from now on will contain multiple machine-learned models that have the right power and area constraints. Roviero’s platform can be a worldwide standard for serving these data-based models, similar to ARM’s standard for conventional CPU tasks” said Venktesh Shukla, Founder and Managing Director of Monta Vista Capital.

“We at Dolby Family Ventures have a mission to support the legacy of Ray Dolby and his commitment to engineers and their vision to solve the world’s toughest problems.” Says David Dolby, CEO at Dolby Family Ventures. “The architecture and the team that the Roviero founders have brought together is going to disrupt how Semiconductor companies and OEM’s alike use compute to solve hard problems for their products. We are excited to work closely with Roviero founders through their stages as they enable productization and adoption of their technology into future devices.”

Roviero is registered trademark of Roviero in the United States and/or other countries. The names of actual companies mentioned herein may be the trademarks of their respective owners.