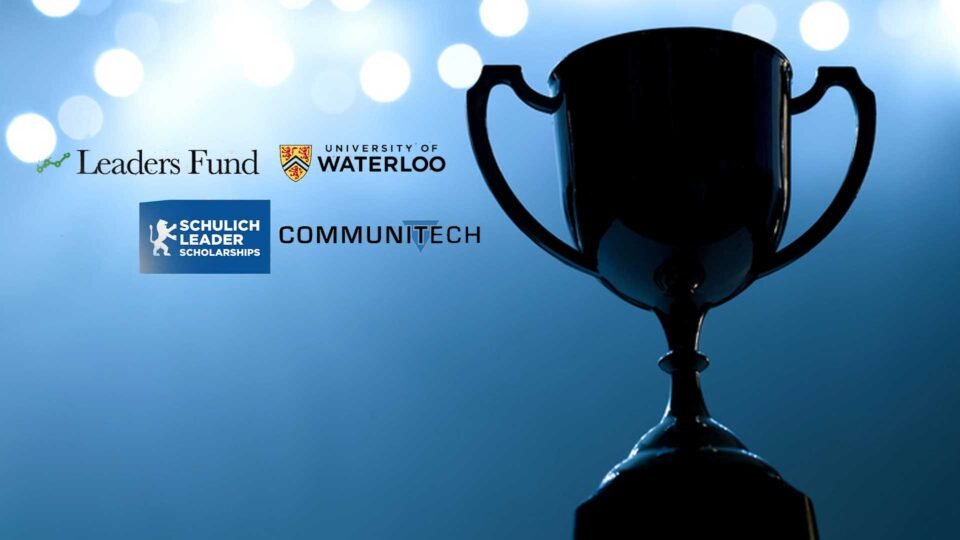 Communitech, in conjunction with The Leaders Fund, Schulich Foundation and University of Waterloo, is pleased to announce that Bill (Yu) Wu, of the team Ava, has been selected as the winner of the $1-million Leaders Prize. For this first-of-its-kind competition, Bill developed and submitted a solution that used artificial intelligence (AI) to solve a global problem that has been undermining democracies across the globe: ‘fake news’ and the spread of misinformation.

“This was a definite surprise … I thought there were many strong solutions put forward in this competition,” said Bill Wu, winner of the $1-million Leaders Prize. “I’ve always wanted to work on something that I’m good at but that would have a positive impact on the world … I’ve always been interested in AI, and now I plan to continue to explore my interests in this field in a truly impactful way.”

As a result of extensive judging from a panel of Canadian industry experts, Wu’s solution received the top-rated scores for the accuracy of its AI-based fact-checking solution. The Leaders Prize Competition received submissions from more than 150 team applicants since the competition was announced onstage at Communitech’s True North Festival in June 2019.

“While we anticipated that the Leaders Prize would be a great opportunity to showcase Canada’s leadership in AI, we did not expect that the world would face a global pandemic – and a flood of related fake news – in the final stretch of the competition,” said Iain Klugman, CEO of Communitech, the innovation hub in Waterloo Region. “The calibre of submissions and remarkable talent atop the Leaders Prize scoreboard truly exceeded our expectations and made us even more proud of the Canadian tech community.”

In Phase 1 of the competition, teams from across Canada submitted solutions that automatically verified a series of claims, flagging whether they were true, partly true or false, in addition to providing evidence to support each determination. In Phase 2, the solutions also had to provide evidence to support the truth rating and text explanation for each claim. The top prize was then awarded to the most effective AI-based fact-checking solution.

“We would like to congratulate Yu Wu of Ava for winning the inaugural Leaders Prize and tackling Fake News, a problem of great significance,” said David Stein, Co-Founder and Managing Partner, Leaders Fund. “We look forward to getting this solution into the marketplace where it can play an important role in combating the spread of fake news.”

Feridun Hamdullahpur, president and vice-chancellor of the University of Waterloo, said the victory for Wu marks an exciting milestone not only for the Leaders Prize as it wraps a successful first year—but for the nation. “Throughout this competition, it has become abundantly clear that Canada’s emerging leaders in technology and innovation are also poised to lead the world in many other important ways—shaping the future of information sharing, data, and democracy itself.”

In addition to the founding partners, the Leaders Prize competition was generously supported by our partners including CIBC, Cisco, Desjardins, Politifact, Thomson Reuters, Wawanesa, Borealis AI and the Vector Institute. More information on the competition can be found at: Leadersprize.ca / Prixleaders.ca.